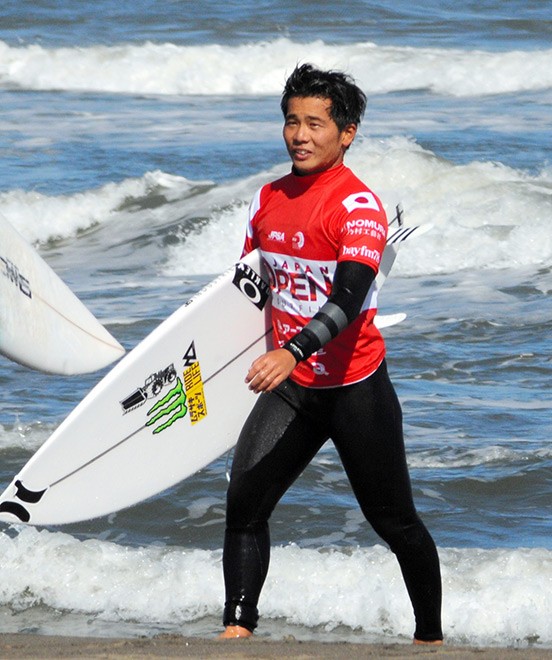 ICHINOMIYA, Chiba Prefecture--Townspeople here were ready to climb aboard to cheer on a homegrown surfer going for gold off the coast here in the Tokyo Olympics this summer.

Instead, with no spectators allowed, they are feeling like victims of a “wipeout.”

The decision to ban spectators to deal with the COVID-19 pandemic is frustrating residents in Ichinomiya, Chiba Prefecture, who can only view the Olympic surfing competition as a “close yet distant” event.

The town hosts a venue for the events, which are scheduled to kick off on July 25 and continue until Aug. 1.

All residents’ eyes will be on Hiroto Ohhara, 24, who grew up and still lives in the beachside town--but only remotely via the internet and on TV.

Ohhara’s father, Tsuyoshi, 47, is still waiting anxiously to see if he will be allowed to enter the venue and watch his son compete as a family member.

“I don’t know. I have heard no news yet. But probably, I won’t be able to attend it,” he said with resignation.

A total of 1,242 children and teachers in the town had planned to watch the events on July 26 and 27.

But under the spectator ban, only one town government employee per day will be allowed to enter the venue as a town-related official.

Ichinomiya Mayor Masaya Mabuchi and other officials have been discussing making courtesy visits to the venue.

But Mabuchi is mulling over whether he should go and watch the competition “when the townspeople cannot.”

Magoichiro Tamagawa, a former town mayor who led the bidding to bring the Olympic surfing competition to Ichinomiya, has also been broken-hearted.

Tamagawa, 75, won a ticket for the event in the lottery and was looking forward to seeing the competitors riding the waves. But the ticket became worthless.

Tamagawa had also signed up as a volunteer, offering visitors sightseeing guidance. He even brushed up on his English in preparation for his duties.

But he learned on July 12 that his services as a volunteer are no longer needed.

When Ohhara earned a spot on Team Japan for the Tokyo Olympics, the town announced the big news over the community wireless system.

Officials are thinking about using the wireless system again during the Games to let townspeople know how their hero is faring in the competition.