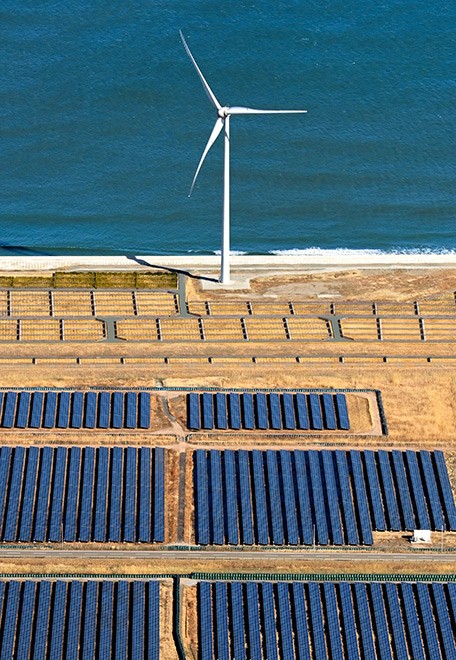 The industry ministry is taking actions to cut Japan's electricity generation by 10 percent by fiscal 2030.

It also plans to make nuclear energy and other non-fossil energy sources account for about 60 percent of the power output by bolstering renewables, according to sources.

These targets are expected to be incorporated into the new Basic Energy Plan, which may be unveiled as early as July 21. The plan is typically revised every three years, and the ministry has been working on the update to the plan.

Japan is ramping up efforts to meet its goal to cut greenhouse gas emissions by 46 percent from their level in fiscal 2013 by fiscal 2030.

To achieve the target, the Ministry of Economy, Trade and Industry is focusing on significantly expanding power generation using renewables and thoroughly implementing energy-conservation measures.

Ministry officials are considering raising the amount of energy to be saved by fiscal 2030 to 1.2 times the figure targeted under the current plan.

The ministry will call on households as well as steel and chemical industries to strive to conserve energy.

It will downsize the total electricity output for fiscal 2030 by about 10 percent from the 1,065 billion kilowatt hours planned under the existing plan.

The reduction is expected to make it easier to raise the share of renewables in Japan's total energy sources, according to ministry officials.

The share of renewables is expected to rise to 36-38 percent from the 22-24 percent under the existing plan.

Setting a 36-38 percent share target is extremely ambitious, given that only 18 percent of Japan’s power came from renewable sources in fiscal 2019, according to officials.

The ministry will expand solar energy significantly as solar farms can be brought into operation in a relatively short period of time, compared with other renewables.

Though the ministry intends for nuclear power to continue to account for its present goal of a 20-22 percent share of power output in the new policy, not enough reactors are currently online to meet that target.

The operators of 27 nuclear reactors in Japan have applied to restart operations. All would have to win approval to fulfill the intended share but only 10 have returned online so far.

(This story was written by Junichiro Nagasaki and Satoshi Shinden.)