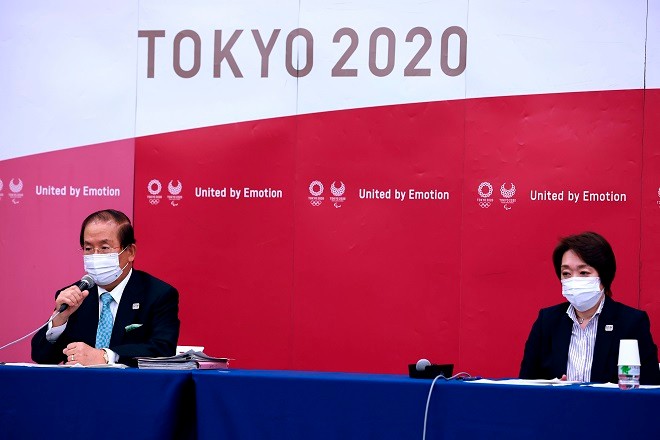 Following Keigo Oyamada's resignation as a composer for the Opening Ceremony of the Tokyo Olympic and Paralympic Games, the organizing committee on July 19 removed his musical piece from the program.

The committee's lack of governance capability is beyond embarrassing. With only days remaining before the start of the Games, this blunder has badly tarnished the image of the Tokyo Olympics yet again.

As soon as the committee announced its choice of Oyamada for the task on July 14, attention was drawn to his statements, made in a magazine interview and other outlets around 1995, where he recalled tormenting his classmates and disabled people during his teen years.

They could not be dismissed simply as "acts of youthful folly." Neither in the magazine interview nor in his later statements did Oyamada express an iota of remorse.

In fact, he admitted in a statement he released on July 16, "I never bothered to explain my actions nor apologize for them."

He should never have been chosen to participate in an Olympic or Paralympic ceremony that celebrates human dignity and condemns discrimination of any kind. It was only natural that supporters' groups, made up of disabled people and their families, objected to Oyamada's appointment.

And the committee's reaction was beyond comprehension.

After the problem came to light, the committee conceded that Oyamada's past remarks were "inappropriate," but still continued to defend him as "a creator of high moral standards today who devotes himself to creative pursuits," and insisted on his participation in the program.

The committee ultimately changed its stance when Chief Cabinet Secretary Katsunobu Kato demanded "appropriate action." But even then, Toshiro Muto, the CEO of the 2020 Tokyo Olympics organizing committee, cited the imminence of the Games' opening day and said, "We thought it was perhaps all right (to keep Oyamada)."

We were stunned. That was essentially the committee's declaration to the entire world that the smooth operation of the Olympic Games was all that mattered, and that the Olympic spirit was irrelevant.

What was the committee's understanding of the aim of the Opening Ceremony? Who selected Oyamada and what did they expect from him?

There are just too many unanswered questions.

And the planning of the Opening and Closing ceremonies has been dogged by a series of missteps. A team that was initially commissioned to organize the events was abruptly dismissed. Later, a director in charge of overall planning was forced to resign for the sexist slur he made against a female entertainer related to a performance proposal.

No explanation was given in either case to satisfy the public, nor was anything done to clarify responsibility.

With the committee still incapable of exercising control and failing to live up to its accountability, some competitions are starting today.

Confusion, distrust and anxiety are palpable.

The "Festival of Peace" is going to open amid this pathetic mess nobody even imagined possible.