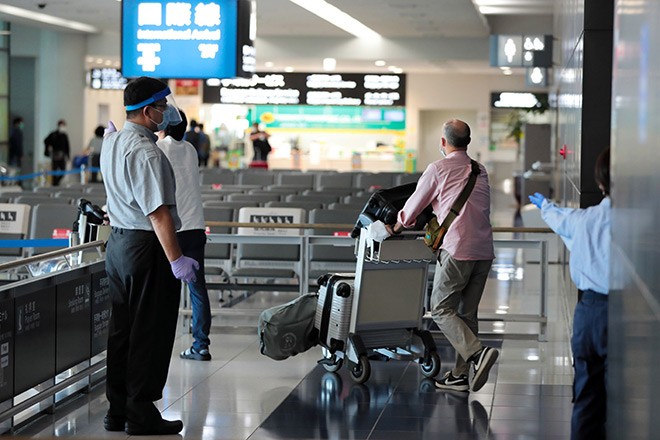 Japanese nationals wanting to flee COVID-19 stricken Indonesia and return home on the few seats available are finding they have no choice but to pay the extravagant cost.

If they ask an airline company to make all the arrangements, including hotels or facilities for quarantine and PCR tests, they have to pay 460,000 yen ($4,186) per person for a flight.

As it is currently difficult for travelers to book a hotel room on their own, a Japanese in Indonesia called the rate, “a rip-off price.”

Special flights that will transport Japanese nationals from Indonesia, where COVID-19 cases are surging, to Japan are scheduled on July 21 and 25.

However, a string of Japanese wanting to leave Indonesia could not book the special flights due to a shortage of seats.

A man in his 30s working at a Japanese-affiliated trading house hoped to return to Japan with his three family members. He researched an All Nippon Airways special flight scheduled on July 21 and received an unpleasant surprise.

The cost would be a little bit cheaper if he is with children, but he said, “simply calculating, my family would have to pay 2 million yen. My company is a small to midsize business, so it is a heavy burden even for the company to pay. I feel guilty returning home by spending so much money.”

His company gave him permission to book the special flight, but while he was considering what to do, the seats were sold out.

There were about 200 seats each for the special flights, but the Japan Airlines special flight scheduled to depart on July 25 has also already been sold out.

A manufacturing company official could not purchase tickets for its employees.

“I thought they could surely board the special flight because it is being assisted by the government," the official said. "Our booking was delayed even for regular flights, so we could only schedule flights in late August."

“Meals and test fees are included, but the accommodation fee per night is too expensive,” a local travel agency official said.

Some people raised concerns over problems with the system. To board the special flight, it is necessary for a company or a group based in Japan to become a guarantor.

In addition, the traveler must sign a written pledge to ensure that they will be isolated for 14 days after returning home. They are also asked to shoulder the costs for quarantine facilities and PCR tests after returning to Japan.

It is possible for firms to make such arrangements, but another manufacturing company official said, “Indonesia is seen as ‘dangerous,’ so it is difficult for normal hotels to respond to the requests. The special flights’ hurdles are too high. Does the government think that it is OK for businesses to charge such a rip-off price?” the official said.

Another employee of a manufacturing business said when Japanese return on normal flights, the government picks up the tab for their quarantine period but not for the special flights.

“We've got to bring our employees back home, and that is what we must do even if we have to pay a premium,” the employee said. “The government takes a stance as if saying, ‘If you want to come home, we have the power to do so.' Their response is too cold for people who want to go home.”

Meanwhile, to board the special flight, it is necessary for the passenger to show their results of a negative PCR test that was conducted within 72 hours before departure.

“Too many people want to take the tests, so Japanese-affiliated clinics are forced to stop accepting reservations for tests,” a source said. “We also have to respond to COVID-19 patients, so the current situation is exceeding our capacity.”