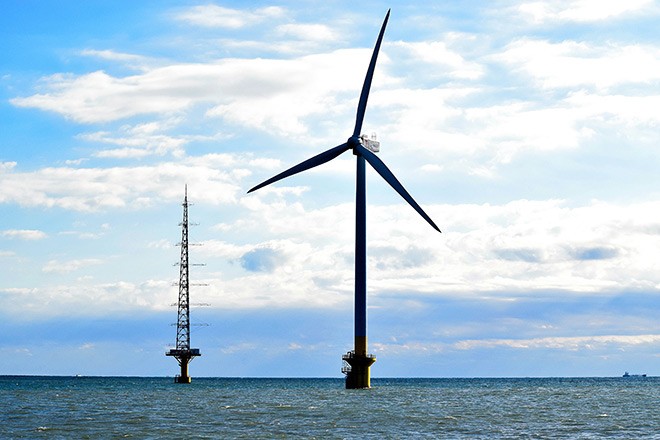 Japan will raise its target for renewable energy in the country's electricity mix for 2030 as it pushes to cut emissions to meet commitments under international agreements on climate change, according to a draft of its latest energy policy.

The country's revised basic energy strategy leaves unchanged its target for nuclear power, even though the country has struggled to return the industry to its former central role after the Fukushima disaster of 2011.

The industry ministry's policy draft released on Wednesday says renewables should account for 36-38% of power supplies in 2030, double the level of 18% in the financial year to March 2020. The earlier target was for renewables to contribute 22-24% of electricity in 2030.

The use of coal, the dirtiest fossil fuel, will be reduced to 19% from 26% under the new plan.

Gas, which comes to Japan in the form of imported liquefied natural gas, will make up most of the rest of the fossil fuel portion of the target energy mix, which was set at 41%, down from 56%.

Japan's nuclear target was left unchanged at 20-22%. New fuels like hydrogen and ammonia will account for about 1% of the electricity mix in 2030, the draft said.

As the urgency to tackle climate change grows, the revised 2030 energy plan is an "ambitious one", instead of "an ideal vision" as in the past, an official at the industry ministry said.

The change comes after Japan nearly doubled its 2030 target for cutting carbon emissions in April, to 46% from 26% on 2013 levels, responding to pressure from the United States as world leaders met for a climate summit hosted by U.S. President Joe Biden.

Many experts say the nuclear target will difficult to achieve in the wake of the Fukushima disaster which led to a big shift in public opinion after it exposed industry and regulator failings and led to the shutdown of all the country's reactors.

Nine reactors are operating now, the highest number since the disaster. The country had 54 operable reactors previously.

The draft did not mention building new nuclear plants or replacing plants, which some industry and corporate executives had urged the government to include.

Japan aims to reduce its reliance on nuclear power as much as possible while it boosts renewable power capacity, but nuclear power will remain as an important base-load power source, the draft says.

The industry ministry declined to comment on when the revised energy plan will be finalised. The government revises its basic energy plan once every three to four years.