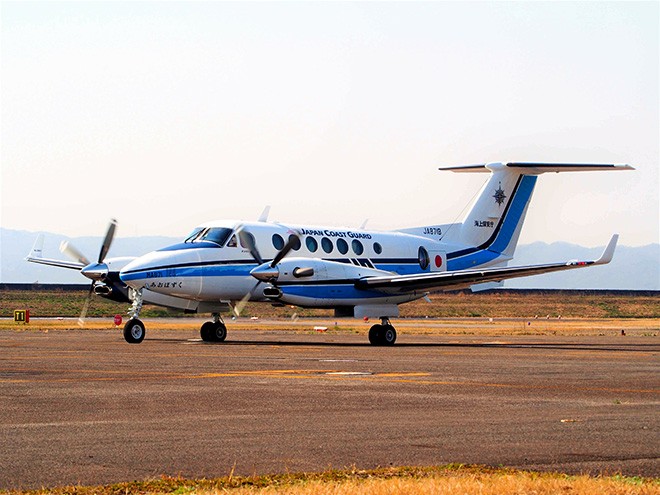 The Japan Coast Guard has deployed its first specialized research aircraft to survey shallow waters off the archipelago and hopefully find geographical features that can expand Japan’s territory and exclusive economic zone.

The laser-equipped Aobazuku plane can cover areas that cannot be studied by survey vessels.

The aircraft’s body cost 1 billion yen ($9.08 million) while the price of laser and other equipment items totaled 800 million yen.

Introduced in February, Aobazuku was first involved in laser precision tests and training. Since late June, the plane has been engaged in research around Sado Island in Niigata Prefecture and elsewhere.

Aobazuku emits a laser toward the seabed and measures how long it takes for the reflected light to reach the aircraft. This allows for a continuous survey of the seafloor topography.

The aircraft is expected to accelerate the coast guard’s research activities and improve the chances of conducting surveys fourfold to fivefold.

Specifically, the coast guard hopes Aobazuku can spot the low-water line representing the coastline at low tide during the spring tide as well as land that emerges through the water surface at low tide.

The low-water line serves as a fiducial point to mark the boundaries of territorial waters. Its discovery off the coast could widen Japan’s territorial waters and EEZ, leading to expanded Japanese fishing rights and explorations of offshore resources.

Aobazuku’s survey results are also expected to corroborate Japan’s arguments if disputes arise over maritime boundaries with other countries.

When volcanic activity on the Nishinoshima islet in the Ogasawara island chain south of Tokyo moved the low-water line seaward, the territorial waters and EEZ increased by 50 square kilometers in total.

The expansion was confirmed after the charts in the area for 2017 and 2019 were analyzed and compared by using laser equipment.