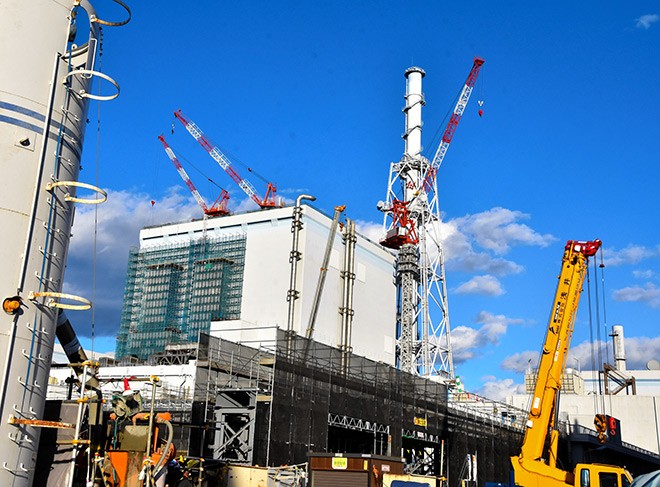 The industry ministry July 21 laid out its vision for a cleaner energy future in its draft new Basic Energy Plan. The blueprint gives a breakdown of energy sources to power the nation in fiscal 2030 to achieve the government's goal of carbon neutrality, or net-zero carbon dioxide emissions, in 2050.

It states that promoting renewable energy sources should be the policy priority and set a target of raising the share of renewables in the nation’s overall power output by 14 points to 36-38 percent in fiscal 2030. The ministry deserves to be lauded for declaring that renewables should a primary energy source.

But its decision to maintain the share of nuclear power at the current level of 20-22 percent is baffling.

Nuclear power plants contributed only 4.3 percent of Japan’s total power output last year, according to the International Energy Agency. To attain the level prescribed by the ministry’s draft plan, it will be necessary to operate 27 nuclear reactors, including 11 that are currently undergoing safety screening, at a high utilization rate of 80 percent of capacity.

This would be a formidable challenge given that only a small number of reactors have been restarted since their shutdowns in the aftermath of the 2011 Fukushima nuclear disaster, which has bred deep distrust of nuclear power generation among the Japanese public.

There seems to be no solid ground for the claim that atomic energy is a cheap power source. A new nuclear reactor built in 2030 would generate electricity in the higher 11-yen range or more per 1 kilowatt-hour, according to an estimate unveiled by the ministry this month. The price, which was estimated to be 5.9 yen in 2004, keeps trending up due to rising costs of required safety measures.

By contrast, costs of power generation using renewable energy sources have shown a steady decline. Solar power generation for businesses will produce 1 kilowatt-hour of electricity at estimated costs in the lower 8-yen range to the higher 11-yen range in 2030.

Even though the draft energy supply blueprint calls for reducing Japan’s reliance on nuclear power as much as possible, it nevertheless sets an unrealistic target for the share of nuclear power. That is probably because the plan needs to be consistent with the government’s goal of reducing greenhouse gas emissions by 46 percent by fiscal 2030 from fiscal 2013 levels.

Despite the unreasonable weight given to nuclear power, thermal power generation would still be the main source of electricity in fiscal 2030. Its share would decline from 70 percent last year but still account for as much as 41 percent, according to the ministry’s scenario.

It is not realistic to try to radically change the energy mix in just eight and a half years. It takes time to build power generation facilities or reform the power grid.

The first order of business for the ministry is to define the composite of power sources in 2050 required to achieve carbon neutrality. Currently, the only imaginable main source of electricity to ensure a greener energy future is renewables.

Clean energy accounted for 21.7 percent of Japan’s total power output last year, close to the target for 2030 (22-24 percent). It would be wiser to make utmost use of the huge potential of renewable energy.

The ministry should reconsider the figures for fiscal 2030 by redefining them as interim targets to assess progress toward the 2050 goal.

To push Japanese society faster toward a carbon-free future, the ministry needs to map out a plausible long-term action that contains specific policy measures for each power source, such as solar and wind power.

Making effective policy efforts to carry through the plan requires constant reviews and adjustments based on a flexible approach.