Tokyo reports 1,763 new cases, the most for any Sunday 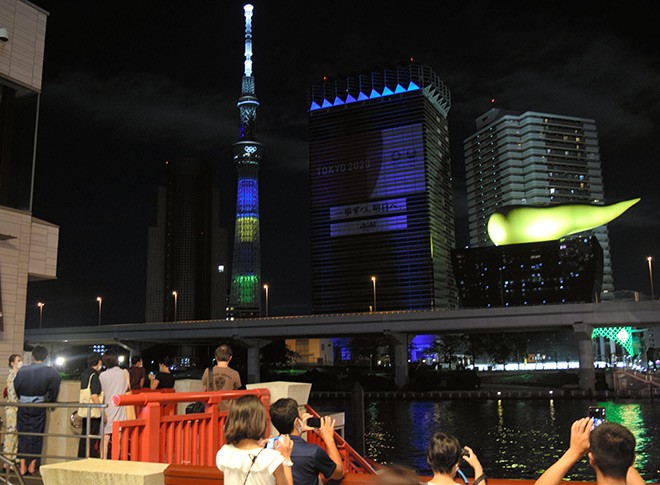 People try to stay cool near the Sumidagawa river in Tokyo on July 24 while taking in the view of the illuminated Tokyo Skytree tower. (Takuya Kitazawa)

Tokyo confirmed 1,763 fresh cases of COVID-19 on July 25, up by 755 from a week ago and the most for any Sunday, metropolitan officials said.

The latest daily count marked the sixth consecutive day for the figure to top 1,000.

The seven-day average of new infections through July 25 came to 1,453.6, an increase of 36.1 percent from the figure for the preceding week.

The three-day average of tests conducted through July 23 was 4,796.

The number of patients requiring special breathing apparatus stood at 72, down two from the day before.