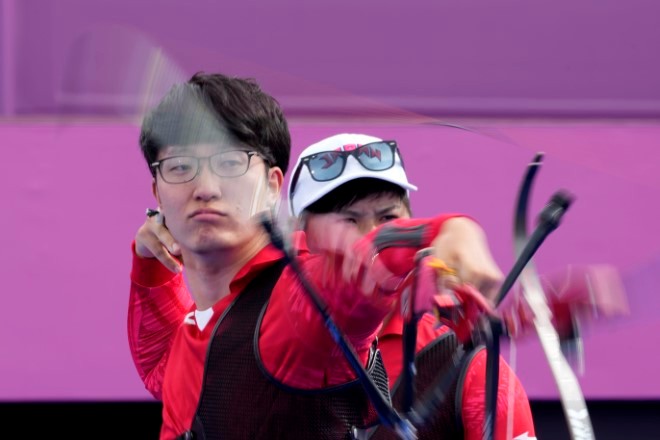 Japan’s Hiroki Muto shoot an arrow during the men’s team semifinal match against South Korea at the 2020 Summer Olympicsm on July 26 in Tokyo. (AP Photo)

Energetic 17-year-old Kim Je-deok came up clutch in the semifinals to hold off host nation Japan and then again in a 6-0 win over Chinese Taipei during the gold-medal match at Yumenoshima Park Archery Field.

One of the tricky things was trying to figure out an inconsistent wind on the eve of a possible typhoon moving into the region. The impending high wind and rain has already led to moving some of the following day’s matches to a different time.

In the bronze medal match, Hiroki Muto helped Japan beat the Netherlands in a shoot-off with a walk-off arrow that nearly landed in the heart of the target.