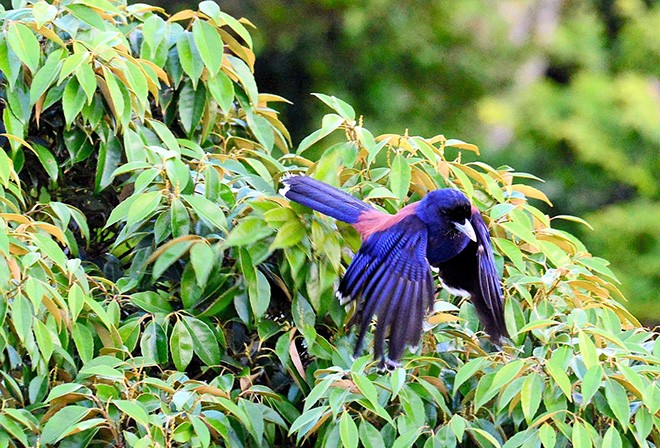 An Amami jay, one of the many indigenous species that inhabit Amami-Oshima island in Kagoshima Prefecture (Makoto Hokao)

Outlying subtropical islands in southwestern Japan that boast a rich biodiversity, home to 95 endangered species, will be included on the UNESCO World Heritage list.

The UNESCO World Heritage Committee on July 26 approved the designation, which will be Japan’s fifth such natural site.

The islands of Amami-Oshima and Tokunoshima in Kagoshima Prefecture, the northern portion of Okinawa Prefecture’s main island, and Iriomotejima island are full of extremely rare and endangered animal and plant species.

The committee valued the islands' importance in maintaining a rich biodiversity.

The International Union for Conservation of Nature, a UNESCO advisory body, recommended adding the islands to the list of natural World Heritage sites in May.

Among the unique species that inhabit the islands are the Amami rabbit, which is designated as a special natural treasure by the central government, the Iriomote cat and the Okinawa rail, one of the non-flying species of the rail family of birds.

Many of the species evolved uniquely after the islands were separated from the Eurasian continent by about 2 million years ago.

The government first nominated the islands for inclusion in 2017. In 2018, however, the IUCN proposed postponing the registration and called for a wholesale review of the nomination plan.

Based on the advisory from the IUCN, the government incorporated the returned land that was formerly used by the U.S. military as a training site into Yambaru National Park to protect the endangered species.

After expanding the conservation area, the government nominated the islands again in 2019.

In Japan, Yakushima island in Kagoshima Prefecture, Shirakami-Sanchi in Aomori and Akita prefectures, Shiretoko in Hokkaido as well as the Ogasawara island chain in Tokyo have been designated UNESCO's natural World Heritage sites.

The southwestern islands will likely be Japan’s last natural World Heritage site because it no longer has any strong candidate for inclusion.