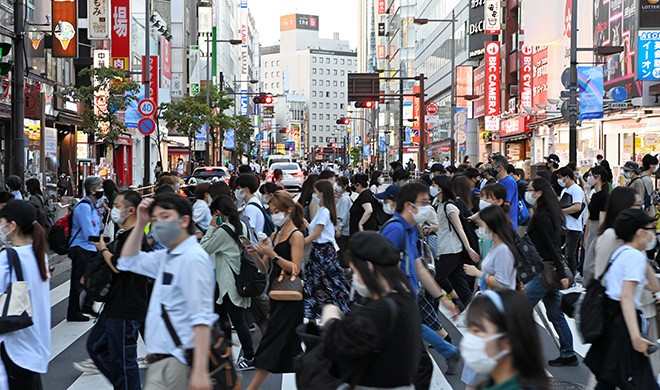 Chiba, Saitama and Kanagawa, three prefectures neighboring Tokyo, plan to ask the central government to place them under a state of emergency to stem the sharp rise in COVID-19 cases, sources said.

Chiba Governor Toshihito Kumagai said his request could come as early as July 28.

“Considering the latest infection situation in my prefecture, I decided to proceed to make the request,” Kumagai said on July 27.

Tokyo, which is already under a state of emergency while it hosts the Summer Olympics, reported 2,848 new cases on July 27, shattering the previous daily high of 2,520 set on Jan. 7 during the third wave of infections.

Chiba Prefecture set a record with 509 new cases on July 26, and reported 405 on the following day.

Fukuoka Prefecture reported 236 new cases, topping 200 for the first time since May 26.

One minister suggested that the state of emergency be expanded to cover Chiba, Saitama and Kanagawa prefectures, as well as Osaka Prefecture, a source said.

Although COVID-19 has been spreading rapidly across the nation, including an increasing number of cases involving the highly contagious Delta variant, Suga ruled out the possibility of canceling the Tokyo Olympics.

When asked by reporters about the risk of continuing the world’s biggest sporting event during an increase in infections, Suga said, “Due to teleworking and restrictions on cars, foot traffic is decreasing, so we don’t need to be worried.”