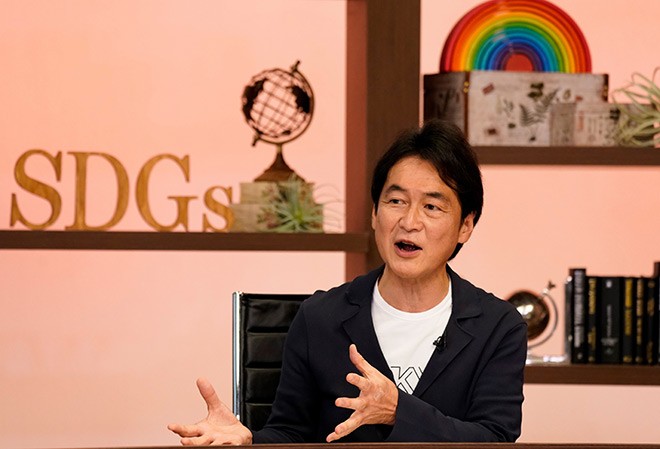 The president of a major media company who serves as a consultant of the Tokyo Olympics organizing committee has taken a pay cut for making profanity-laced insensitive remarks when asked about the fairness of holding the Olympics without spectators.

Takeshi Natsuno, president of Kadokawa Corp., ridiculed people who equated holding the Olympics with no fans to children having to hold their athletic festivals and recitals behind closed doors due to the COVID-19 pandemic.

In a segment broadcast on an internet news program on July 21, a commentator said it would create a sense of unfairness if the Olympics were allowed to have spectators while many children’s athletic festivals and cultural recitals were denied the same privilege.

Natsuno responded, “I don’t give a damn about a crappy piano recital. Compare it to the Olympics.

“It’s a stupid public sentiment, lumping the two together. But (the government) has to go along with it because it's an election year."

Natsuno pointed to fans being allowed to attend professional soccer and baseball games. Banning spectators at the Olympics was “nothing but a political decision,” he said.

“Once athletes start winning gold medals, I think the mood will change,” he said.

Natsuno on July 23 backtracked on his Twitter account, saying that it was “inappropriate” for him to use such words as “crappy” and “stupid.”

“I sincerely apologize to those who were offended,” he said.

Kadokawa on July 27 issued a statement that said the remarks were “extremely inappropriate as the company’s president” and Natsuno will return 20 percent of his monthly executive salary from August to October.

Kadokawa is an official supporter of the Japanese Olympic Committee while Natsuno is a 2020 organizing committee consultant.

Kadokawa was expected to publish an official program of the Tokyo Olympics Opening Ceremony.

But the ceremony’s director, Kentaro Kobayashi, was fired over his past mockery of the Holocaust on July 22, the day before the Opening Ceremony.

Kadokawa halted the sales of the program, which was scheduled on July 24. The program contains an interview with Kobayashi, according to the company.