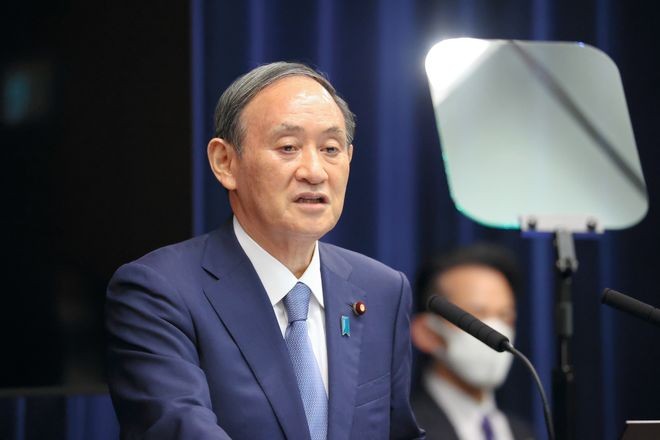 Fresh cases of the novel coronavirus across Japan topped 10,000 for the first time on July 29 and then went even higher the following day. Experts fear Tokyo is on the cusp of an exponential growth in infections.

Prime Minister Yoshihide Suga and Tokyo Governor Yuriko Koike need to finally confront this grim reality and tackle the sense of urgency shared widely by experts and health care workers. They must send out a clear and strong message that provides the necessary incentive for a rapid change in the public's behavior.

The government on July 30 decided to place Saitama, Chiba, Kanagawa and Osaka prefectures under a state of emergency from Aug. 2 to Aug. 31 while extending the measure currently in place for Tokyo and Okinawa Prefecture to the end of August from the original deadline of Aug. 22.

As a policy response to the nationwide surge in new cases, the government will also issue pre-emergency “man-en boshi” measures for Hokkaido, Ishikawa, Kyoto, Hyogo and Fukuoka prefectures.

Despite the spike in COVID-19 cases, the Suga administration was initially reluctant to take these steps. It pointed out that the number of elderly patients who are more likely to become seriously ill due to infection has declined sharply thanks to vaccinations. It also noted a drop in serious cases.

But the administration has been forced to make an about-face on the issue due to the explosive growth in cases in recent days. This very fact attests to the government’s failure to recognize the seriousness of the situation and its inability to assess the risks accurately.

In Tokyo, the number of hospitalizations and serious cases has soared especially among citizens in their 40s and 50s. Many patients have no choice but to try to recover at home.

It will still be a while until a large portion of the Japanese population is fully vaccinated. Even countries with high vaccination rates are struggling to cope with the rapid spread of the Delta variant, the more dangerous and transmissible form of the coronavirus. The situation in Japan leaves no room for optimism or complacency.

Two weeks have passed since the latest state of emergency was declared for the capital. But the measure has proved far less effective than in the past as the number of people going out has not dropped significantly.

With no other effective policy measures available, it is unclear whether the latest move to expand areas subject to a state of emergency will produce the desired results. Experts are making desperate efforts to spread a sense of crisis among policymakers at central and local levels as well as the public to secure broad nationwide cooperation in voluntary restrictions on dining with others or outings in general.

But political leaders have undermined the effectiveness of those efforts by trying to paint a rosy picture based solely on convenient data and turning a blind eye to the harsh reality, instead of seeking to make people aware of the dire situation.

In response to criticism that the drumbeat of excitement due to the Olympics is drowning out sober calls for restrictions, Koike said the event is serving as an incentive for people to stay home.

In a July 30 news conference, Suga claimed that the number of people visiting entertainment districts has dropped since the beginning of the Olympics because of traffic restrictions and teleworking. Standing alongside Suga, Shigeru Omi, the chief of the government’s COVID-19 response task force, said the nation is going through “the biggest crisis” since the pandemic flared. But his sense of urgency was apparently not shared by Suga, who spoke hopefully about the benefits of vaccinations.

This is clearly the time for political leaders to candidly admit they made misguided policy decisions. They need to seek cooperation from the public by letting people understand how dire the situation is. This requires thorough explanations in honest and sincere language free from unfounded optimism.

Suga is facing a sore test of his readiness to spearhead this crucial and challenging effort.