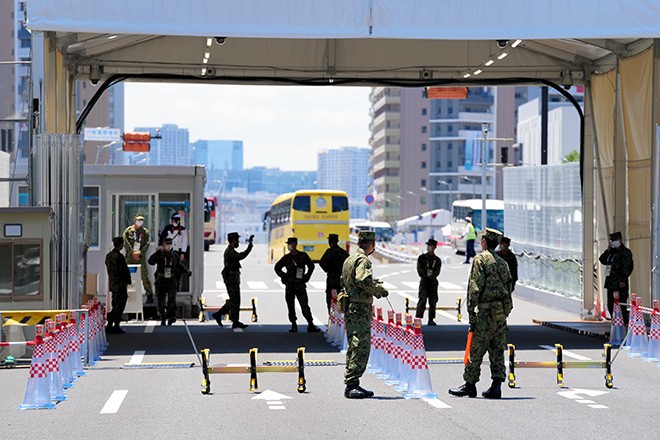 The head of the 2020 Tokyo Olympics organizing committee on Aug. 1 dismissed suggestions of a link between hosting the Summer Games and a record number of fresh COVID-19 cases in the capital, citing the views of Prime Minister Yoshihide Suga and Tokyo Governor Yuriko Koike.

This week's infection trajectory is alarming. The number of newly confirmed infections surpassed 3,000 for the first time on July 28 to hit 3,177 cases. Then came the record July 31 tally, fueling fears the Olympics might be exacerbating the infection situation in the Tokyo metropolitan area.

Pressed further about his own assessment of a possible link between the Olympics and the infection trajectory in Tokyo as the senior official of the organizing committee, Muto said he is not in a position to make that call.

Muto expressed confidence that the Tokyo organizers have helped to contain the spread of COVID-19 among Olympians and officials to date.

“Only one overseas official was hospitalized until the halfway point of the Olympics” following the Opening Ceremony held July 23, Muto said, citing his reasons.

He also said the rate of positive testing for the novel coronavirus remained low among athletes and officials and that about 30,000 tests are performed daily.