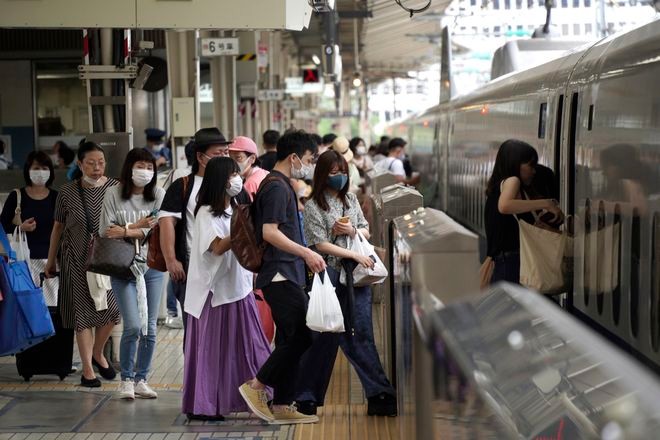 Passengers wearing face masks as a precaution against the novel coronavirus board a west-bound bullet train at Tokyo Station on July 31. (AP Photo)

The rolling seven-day average of daily new cases stood at 3,105, an increase of 113.6 percent from a week ago.

Severe cases requiring ventilators or other special breathing apparatus totaled 101 on Aug. 1, up six from the previous day.