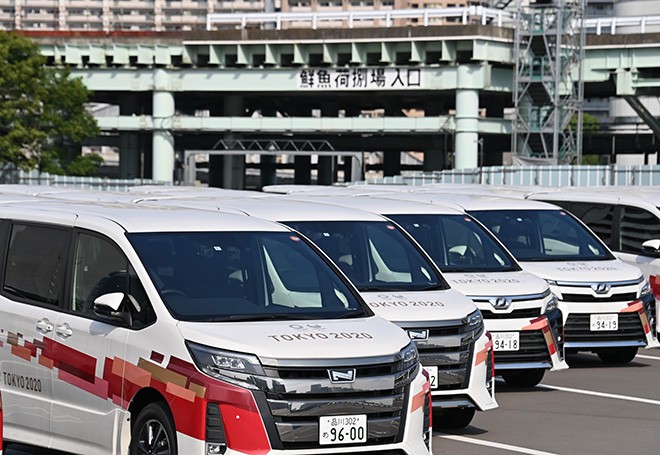 Tokyo police said on Aug. 2 they are investigating a hit-and-run accident involving an Olympic volunteer who placed priority on transporting his Games-related passengers.

The case is just one of dozens of traffic accidents involving people connected to the Tokyo Olympics, police said.

According to the Metropolitan Police Department, the latest incident occurred on the Metropolitan Express Way Route No. 11 Daiba Line, which runs from Tokyo’s Minato Ward to Edogawa Ward, around 6 p.m. on Aug. 1.

Over the course of several kilometers, the driver in his 50s transporting officials involved in the Olympics repeatedly veered the vehicle into the walls of the expressway and rear-ended a light van as well as a truck, police said.

But despite all that, the driver did not stop and drove on for about a dozen more kilometers.

Two women in the light van were taken to a hospital and are listed in stable condition, police said.

Police caught the driver in Chiba Prefecture after the vehicle exited the expressway.

The driver, who lives in Kanagawa Prefecture, told investigators that he “placed priority on transporting (the Olympic-related) passengers,” police said.

He also said he felt ill and has received medical care at a hospital, police said.

Police suspect he violated the Road Traffic Law, and they will interview him once he recovers.

According to the Metropolitan Police Department, about 50 traffic accidents involving people related to the Olympics occurred in Tokyo over the week starting on July 23, the official opening day of the Games.

Police also confirmed about a dozen traffic infractions involving people related to the Olympics, including a parking violation and a stop sign violation.

(This article was written by Shingo Tsuru and Soichi Tsuchidate.)