2,195 new virus cases in Tokyo, highest yet for a Monday 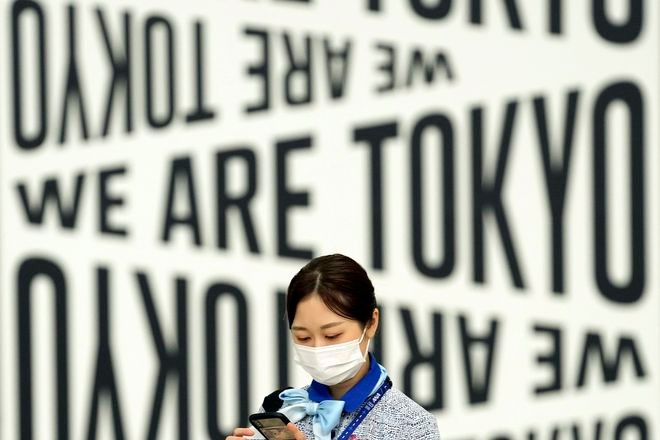 An employee at Tokyo's Haneda Airport wears a protective mask to guard against infection from the novel coronavirus on Aug. 2. (AP Photo)

The seven-day average of new cases in the capital over the week through Aug. 2 came to 3,214.4, or 206.9 percent of the figure for the preceding week.

The three-day average of tests performed through Aug. 2 was 8,333.3, officials said.

Of the newly confirmed cases, patients in their 20s formed the largest group, at 773.

The number of patients with severe symptoms that require special breathing equipment stood at 114, up 13 from the day before.