Firm accused of trying to export military-grade motors to China 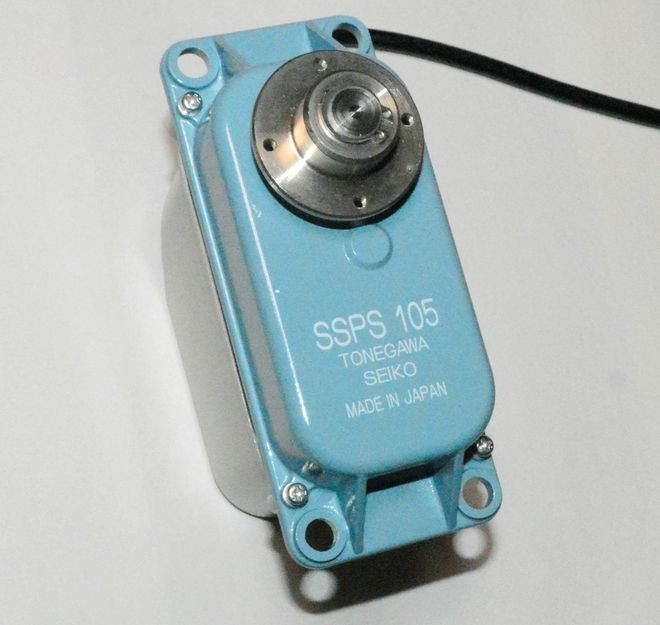 This servo motor, which was described in a United Nations report as a product that can be diverted to weapon use, has been exported outside Japan for more than 40 years until April 2020. (Shingo Tsuru)

A 90-year-old president of a small factory in Tokyo's Ota Ward has been exporting servo motors overseas for more than 40 years.

So, he was shocked in July when the Metropolitan Police Department sent papers on him to prosecutors on suspicion of attempting to export the motors to China, citing that they could be used for military purposes.

Experts warn that business operators such as the company president must remain cautious about their clients and follow government instructions to prevent their products from falling into the wrong hands.

The president developed the device at his home and factory about 45 years ago through trial and error.

A servo motor converts electrical signals into movements of a machine.

DIVERTED TO MILITARY USE

Although the motor didn't sell at first, the company started receiving a flood of orders from home and abroad after it was used as a prop in Hollywood movies.

Since then, it has been used for radio control devices, industrial robotic arms and equipment used by NASA, according to the president.

In recent years, the company has shipped about 1,000 servo motors a year. Manufactured by the president, his 84-year-old wife and two staff members, most motors are shipped to their clients outside Japan.

"We have been working like hell and paying taxes. We have also gained a bit of recognition overseas," the president said proudly.

However, their proud product ran afoul of the international community in January 2020.

The United Nations pointed out in a report that it is feared the company's motors were used for military purposes based on the fact that it was used in an Iranian drone that crashed in Afghanistan and other reasons.

The Ministry of Economy, Trade and Industry decided to require the company to obtain a permit to ship servo motors to its immediate client in China. Officials said they gave instructions in writing and also gave verbal explanations to the president.

"I couldn't understand why they talked about weapons of mass destruction," the president recalled. "I had no idea what they were talking about."

While efforts were being made to introduce restrictions, the president received an additional order for 150 motors from the Chinese client and received about 5 million yen ($45,600). But two months later, the shipment was stopped by customs authorities at Narita Airport.

"I asked for permission from the trade ministry, but there was no response. I couldn't wait," the president said.

However, the ministry officials said they didn't receive the application.

In July, the company and its president were referred to prosecutors on suspicion of violating the Foreign Exchange and Foreign Trade Law for attempting to export without permission.

"The Chinese company told me (the motors) were intended for agricultural machines," the president said.

The day after the case was reported in the media, the phones kept ringing at the factory. Many callers made abusive comments such as "traitors" and "just go bankrupt."

"It feels sad and frustrating, but we did break the rules," the president said. "I hope small factories with technologies won't make the same mistake."

Under the foreign exchange law, there is a two-step approach to prevent export products from being diverted to military use.

The first is referred to as the "list control," under which businesses are required to gain permission before exporting government-designated products to all countries and regions. Currently, products in 15 fields such as nuclear-related items, chemical weapons, high-tech materials and sensors are subject to the controls.

The second is the "catch-all control," which regulates items except those included in the list control. Companies need to obtain permission to export their goods when they are aware that the products could be used for weapons of mass destruction or when the trade ministry points out such possibilities.

It is not uncommon to see products previously authorized for export suddenly placed under control, not to mention the fact that the United Nations pointed out the possibility of military application of servo motors.

Kazuto Suzuki, a University of Tokyo professor specializing in international politics and economy, said Japan must deal with the situation or it will be deemed incapable of fulfilling its obligations to the international community.

"Small factories in Japan have technologies that can be diverted to military use, while they don't have enough resources to check who their clients are and how they intend to use their products after sales. That is all the more reason why there is a high possibility that they are targeted by overseas criminal forces," Suzuki said.

"In exporting, the most basic and important principle is to know your clients. Operators must stay alert and comply with authorities when their products become subject to export controls."