Retailing, food sectors forced to close outlets due to virus 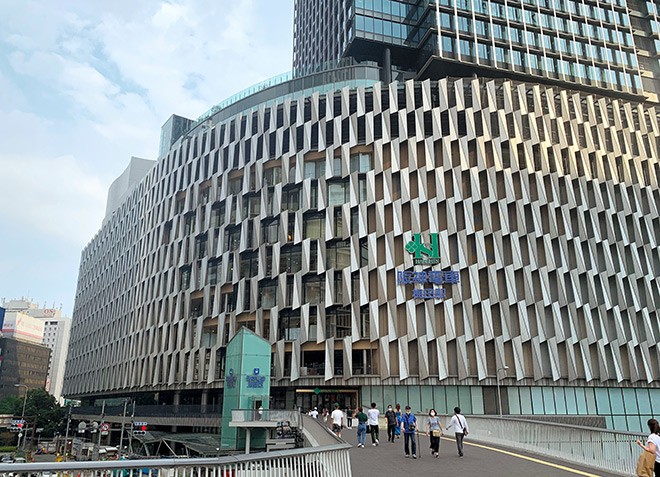 Outbreaks of cluster infections are forcing retailers and food store operators to temporarily close outlets one after another as the highly contagious Delta variant of the novel coronavirus sweeps through the country and takes its toll on staff.

But the extent to which those sectors are affected by the virus remains unclear as only a fraction of companies appear willing to go to public about closures due to COVID-19 or cases of infection among staff.

“If officials with public health centers conclude that customers did not face any risk of contracting the virus from infected employees, some (food stores) would not announce their cases,” said an official with a leading restaurant chain.

All floors of Hanshin Department Store’s Umeda main outlet near busy Osaka Station were closed July 31 and Aug. 1 after 97 employees tested positive for the virus.

The outlet partially reopened on Aug. 2, but not the food floors, where most of the infections occurred. The store operator explained that was because results of PCR tests had not come back for all of its 2,000 or so employees, including 1,500 who staff the food floors, by Aug. 1.

In addition to setting up counters for customers to disinfect their hands, the store monitored the temperature of each customer on arrival and refused entry to those with a reading of 37.5 degrees or higher.

Officials said they made sure that all members of staff strictly follow safety protocol by wearing face masks, regularly disinfecting their hands and having their temperatures taken.

All employees are required to eat alone on their break and prohibited from chatting with colleagues unless they are wearing masks. They were also discouraged from taking business trips or attending group dinners after work.

Officials fear they may have a serious case of cluster infection on their hands despite the precautionary measures in place.

“Delta may be responsible for this cluster. This is scary because we don't have a clue how this happened,” said a store representative.

The store now operates the outlet's air ventilation system around the clock instead of only during operating hours.

Starbucks Coffee Japan had temporarily closed 21 outlets as of Aug. 2 after members of staff tested positive for the virus.

The number of outlets forced to shut temporarily due to infections among employees had hovered at one or two since last spring until late July when the pandemic went up another notch.

The figure is now five or so daily.

Many outlets are forced to shut due staff shortages triggered by the health crisis.

Starbucks Coffee Japan, in its guidelines, directs employees to stay home for two weeks if they had worked with an infected individual in the lead-up to that person displaying COVID-19 symptoms.

The company said it insists on closing outlets temporarily even if a public health center considers it is not necessary.

McDonald’s Japan had suspended operations at six of its outlets as of Aug. 2, citing coronavirus cases among employees.

Operators of supermarket chains have a heightened sense of alarm over coronavirus virus infections among employees.

A company that operates 300 or so stores in the Tokyo metropolitan area and the Kansai region said infections among its workforce had hovered at around 10 a day since late July.

So far, no outlets were forced to close.

“It is possible the virus was transmitted to employees by their family and other sources unrelated to their job,” a company representative said.

Another company that operates a supermarket chain in Tokyo and neighboring prefectures said infections among staff began to rise in tandem with skyrocketing cases in the capital.

Any outlet where an infection is confirmed is thoroughly disinfected after the store has closed for the day and staff are brought in the next day from other stores to make up for the shortfall.

“To remain open is our mission as a supermarket is a lifeline,” said a company official.

(This story was written by Junichi Miyagawa, Takumi Wakai and Eisuke Eguchi.)