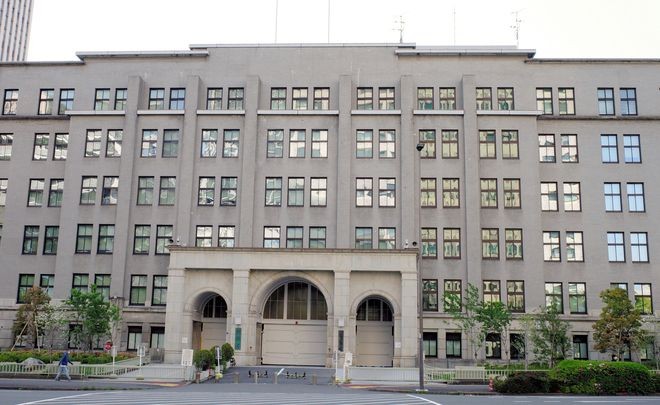 A record 30.7804 trillion yen ($282 billion) of the fiscal 2020 budget, which ballooned with funds allocated to deal with the COVID-19 pandemic, was left unused, according to the Finance Ministry.

That means about 20 percent of the total allocation was carried over to fiscal 2021, which started in April, officials said.

The budget for last fiscal year expanded to a record size of more than 175 trillion yen after the government compiled as many as three supplementary budgets for measures to counter the pandemic.

The government emphasized the size of the spending packages, but many projects were not undertaken, and the necessary assistance has yet to reach the intended recipients.

The carry-over amount far exceeded the previous record of 7.6 trillion yen for fiscal 2012 in the aftermath of the Great East Japan Earthquake, tsunami and Fukushima nuclear disaster of March 2011.

Finance Ministry officials said more than 15 trillion yen in the latest carry-over amount was related to the novel coronavirus pandemic.

The leftover funds were revealed when the Finance Ministry on July 30 released a settlement of the central government’s general account for fiscal 2020.

Certainly, budget allocations last fiscal year were given certain leeway because of uncertainties about the impact of the virus.

However, some projects that should have been implemented immediately were also delayed.

For example, 3.3 trillion yen was not used in the budget for “extraordinary regional revitalization grants.” Those funds were supposed to cover, among other things, subsidies for bars and restaurants that comply with local government requests to shorten business hours.

Local governments have been slow in making the payments.

In addition, 1.4 trillion yen was left unused under the designation of the “emergency comprehensive support grants,” which were supposed to get to hospitals that helped accommodate COVID-19 patients.

Complicated procedural requirements were partially blamed for the slow progress of those payments.

Other projects were stalled by the spread of novel coronavirus infections.

The “Go To Travel” promotion program to help the hard-hit tourism industry has remained suspended since late last year. Around 2.7 trillion yen had been set aside for that campaign, but nearly half, or 1.3 trillion yen, was carried over to the current fiscal year.

With the virus still spreading in Japan, the program is unlikely to resume any time soon.

Other unused funds include 4.6 trillion yen for public works projects.

Trillions of yen under that designation are often carried over to the next fiscal year because of labor shortages and other reasons.