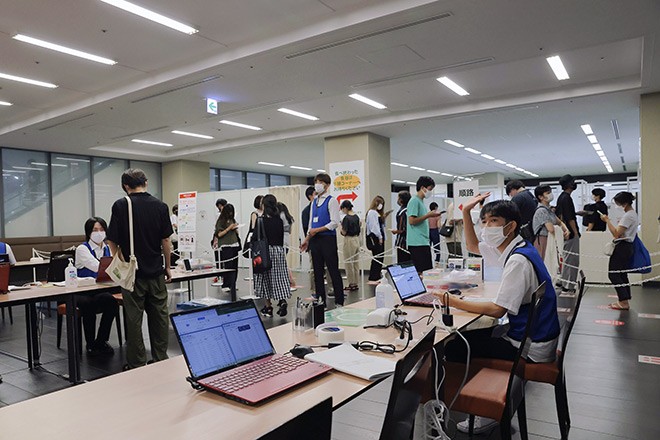 People wait in line to receive the Pfizer COVID-19 vaccine at the Tokyo Vaccination Center at Aoyama Gakuin University in Tokyo on Aug. 2. (Pool Photo via AP)

The seven-day average of new cases in the capital over the week through Aug. 3 came to 3,337.4, or 189.3 percent of the figure for the preceding week.

The three-day average of tests performed through Aug. 3 was 9,928.3, officials said.

Of the newly confirmed cases, patients in their 20s formed the largest group, at 1,208.

The number of patients with severe symptoms that require special breathing apparatus stood at 112, down 2 from the day before.