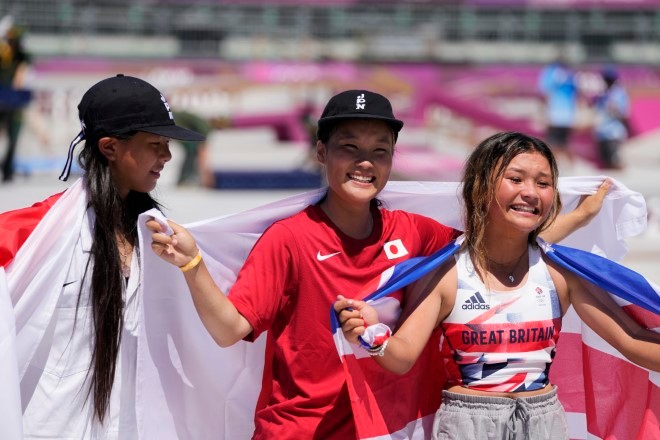 In the gripping finals, Yosozumi, 19, landed two 540s in her impressive first run, earning the highest score of 60.09 to vault to top place.

Britain’s Brown, 13, was the favorite to win the women’s event but stumbled in her first two runs, with her final display of 540 spins and flip indies failing to vault her to a higher spot on the podium.

Far from the empty swimming pools of 1970s Southern California where this type of skating was born, skateboarding’s Olympic debut in Tokyo marks a turning point for the sport.

At times, the young skaters looked impossibly small against the giant grey and purple ramps and bowls at the Ariake Urban Sports Park that is emblazoned with the five Olympic rings.