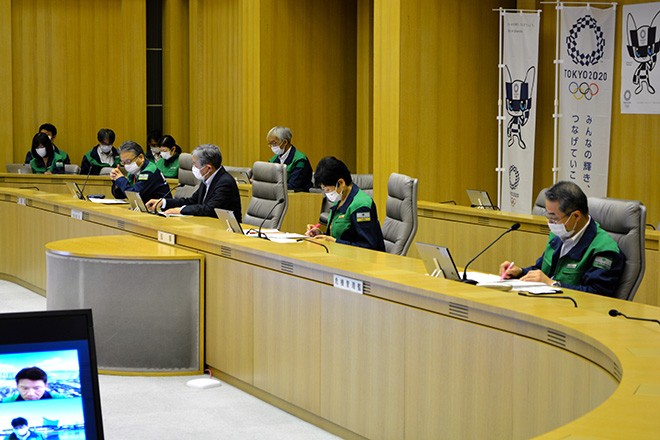 An expert on a panel advising the Tokyo metropolitan government warned on Aug. 5 that the capital could be seeing more than 10,000 daily COVID-19 cases in two weeks' time.

The panel of experts at a meeting cautioned that "an unprecedented and explosive spread of novel coronavirus cases is now under way in the capital.”

The bleak description given by the experts was due to the rapid spread of the Delta variant as the dominant strain as well as the daily average of new cases over the past week reaching 3,443, which was 1.78-fold higher than the previous week’s average of 1,936.

Panel member Norio Omagari, director of the Disease Control and Prevention Center under the National Center for Global Health and Medicine, presented calculations for what the average would be if the current trend continued.

“That would mean that one out of every 1,000 Tokyo residents was infected,” Omagari said. “There is a need to share a sense of crisis about what the current reality is like.”

The panel apparently felt the situation was so dire that a statement was needed that called for switching to a structure to deal with an emergency in all aspects of treatment of COVID-19 patients, from hospitalization to recuperation at home or other accommodations.

The panel also observed that 3,399 Tokyoites were hospitalized as of Aug. 4, fast approaching the record figure of 3,427 reached on Jan. 12. The number of COVID-19 patients with serious symptoms also increased to 115 from the 80 of the previous week.

The daily average of cases reported to the metropolitan government by local public health offices about not being able to find an open hospital bed for a COVID-19 patient came to 450, much higher than the 270 of the previous week.

According to Masataka Inokuchi, vice chair of the Tokyo Medical Association, there were many cases in which patients were asked to recuperate at home because no hospital beds were available.

At the meeting, Inokuchi said, “We must further strengthen the follow-up mechanism so that we can get an early grasp of when the condition of those at home suddenly worsens and allow for immediate medical treatment to prevent having those recuperating at home from developing serious symptoms.”

He also suggested that medical equipment for oxygen inhalation be installed at accommodations where patients are recuperating to allow such facilities to also function somewhat as a medical institution.

The panel was also told that testing by the metropolitan government had found that 64.6 percent of the cases for the week through July 25 were due to the Delta variant, indicating a further spread of that variant since only 46.2 percent of the cases in the previous week were attributed to the more virulent strain.

Tokyo Governor Yuriko Koike pointed to the upcoming Bon holiday season and called on Tokyo residents to stay at home and postpone or cancel trips to family homes and elsewhere.

(This article was written by Yoshitaka Unezawa and Yuki Okado.)