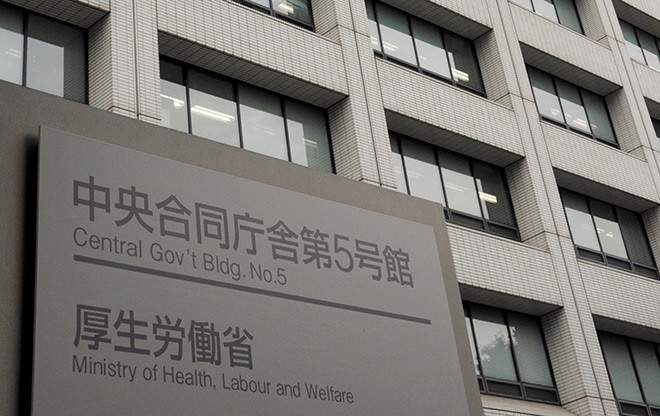 The health ministry revised a document to clear up misunderstandings about the new COVID-19 hospitalization policy, but it left intact the core restrictions on medical care that have generated a widespread backlash.

For example, it added wording on Aug. 5 to clarify that all “moderately ill” patients requiring “oxygen inhalation” would not be asked to recuperate at home.

The revisions also said doctors will decide whether to hospitalize infected patients, and local governments can choose whether to implement the new hospitalization policy.

Both the ruling Liberal Democratic Party and the opposition bloc as well as medical professionals have called for a retraction of the policy, which would limit hospital treatment only to COVID-19 patients who have serious symptoms or are at risk of becoming severely ill.

The critics say this system would endanger the lives of patients with less-severe symptoms who are told to recuperate at home.

Some government officials said the original ministry document about the policy was misleading, according to sources.

“Will patients with moderate symptoms have to recuperate at home even if they need oxygen inhalation?” asked one critic.

“Does the policy target only Tokyo, where the health care system is severely strained, or the entire country?” asked another.

The ministry revised a document attached to a two-page, A4-sized directive it issued to prefectural governments and other concerned parties on Aug. 3.

The revisions were based mainly on a supplementary explanation provided to the public by Prime Minister Yoshihide Suga and health minister Norihisa Tamura.

But no changes were made to the core elements of the original text about the policy, which was decided upon at an Aug. 2 meeting of relevant Cabinet ministers.

One new addition says a certain number of hospital beds should be set aside for patients whose conditions deteriorate while they are recuperating at home or other facilities.

Another notes that the changes to the policy are new options available in areas with a surge in infections.

Despite the revisions, opposition lawmakers continued to demand the retraction of the restrictions on hospitalizations.

According to a senior ministry official, the government was coordinating with the Tokyo metropolitan government to announce the new policy in the latter half of this week, but the schedule was moved forward following a spike in infections in the capital.

The official said the government announced the policy without thoroughly examining the document or consulting with senior LDP officials and experts, including members of the Japan Medical Association.

(This article was written by Naoki Kikuchi and Jun Tabushi.)