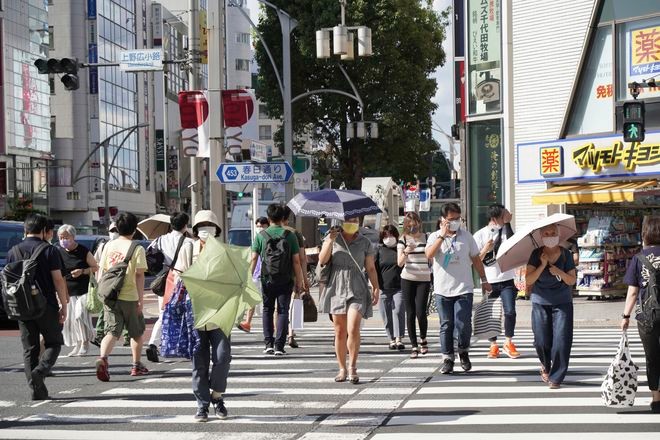 People wearing masks to help curb the spread of the novel coronavirus walk on a street in Tokyo on Aug. 6. (AP Photo)

The latest figure was up 1,215 cases from the same day a week ago, breaking the record for the number of cases for each day of the week for the 13th consecutive day.

The latest figure brought the daily average of new COVID-19 cases in the capital for the week through Aug. 6 to 3,820.4, or 152.7 percent of the figure for the preceding week.

The average number of tests conducted in Tokyo over the three days through Aug. 5 stood at 14,267.3.

The number of serious cases in Tokyo requiring ventilators or extracorporeal membrane oxygenation, also known as an ECMO lung bypass machine, rose by six from the previous day to 141 on Aug. 6.