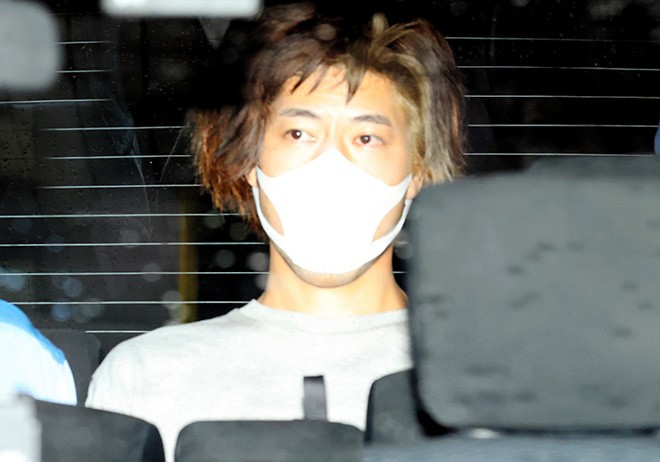 A 36-year-old man arrested after a stabbing spree on a Tokyo commuter train that left 10 passengers injured told police he felt jilted by unrequited love as a university student, prompting him to eventually harbor thoughts of committing mass murder targeting glamorous women and the men with them.

The suspect, Yusuke Tsushima, also told police he also thought about committing mass murder on a train, according to investigative sources.

The Aug. 6 incident occurred on a rapid express train that had departed from Fujisawa in Kanagawa Prefecture bound for Shinjuku Station in Tokyo. The train was already in the capital's Setagaya Ward when Tsushima made his move around 8:30 p.m.

He also told police he is an employee of a staffing agency.

The Metropolitan Police Department referred his case to prosecutors on the morning of Aug. 8 and also inspected the Odakyu Electric Railway Co. train where the attack took place, as well as Tsushima's home in Kawasaki close to Tokyo.

Tsushima said he began harboring the idea of stabbing glamorous women and the men with them after he was sneered at by female students in a club activity at his university and women he became acquainted with on an online dating site, according to the sources.

“I had fantasized about killing a lot of people on a train for some time,” he was quoted by the sources as telling police.

Tsushima said he embarked on the stabbing spree after he became enraged with a female employee at a shop in a commercial complex in Tokyo’s Shinjuku Ward who reported his shoplifting to police earlier in the day.

“I wanted to kill her. But the shop was closed (when I returned), so I switched to the train to attack people,” he was quoted as saying.

The female employee contacted police after he stole a food product from the store. But as Tsushima later paid for the food, the store did not press charges.

But officers found him in possession of a box-cutter and questioned him on suspicion of a weapons violation. They then drove him to his home to confirm his address.

Soon after that, he went to catch the Odakyu Electric Railway Co. train to attack passengers, according to police.

“I targeted a woman with a glamorous air who was seated nearby to kill first and many others after that,” he told police, according to the sources.