Yayoi Kusama’s ‘Yellow Pumpkin’ in Shikoku swept away in typhoon 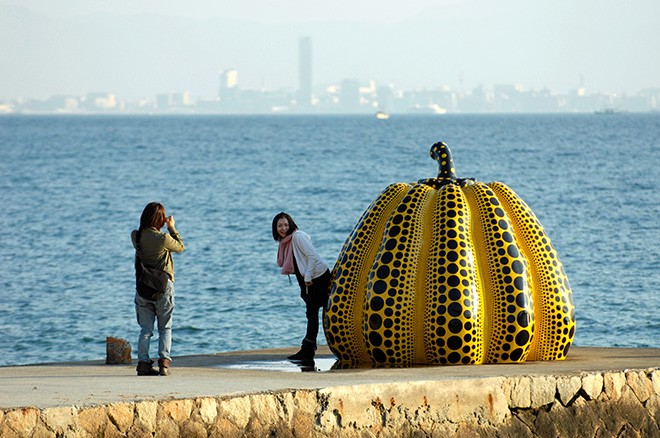 Yayoi Kusama’s “Yellow Pumpkin,” an iconic artwork installed on the shore of Naoshima island in Kagawa Prefecture, was washed away by strong winds and waves generated by Typhoon No. 9 on Aug. 9.

According to Benesse Holdings Inc., a company that owns the artwork, staff members retrieved the pumpkin from the Seto Island Sea, but it was badly damaged in the ordeal.

The staff members had been dispatched to the site to watch over the object as the waves and winds became stronger.

Around 10:30 a.m., the artwork became dislodged in the mounting waves during high tide, slammed into a pier several times, and was then washed away, the company said.

The artwork, 2 meters high and 2.5 meters wide, has been a major sightseeing attraction of Naoshima.

According to the Japan Meteorological Agency’s website, the typhoon hit Kagawa Prefecture hard in the morning.