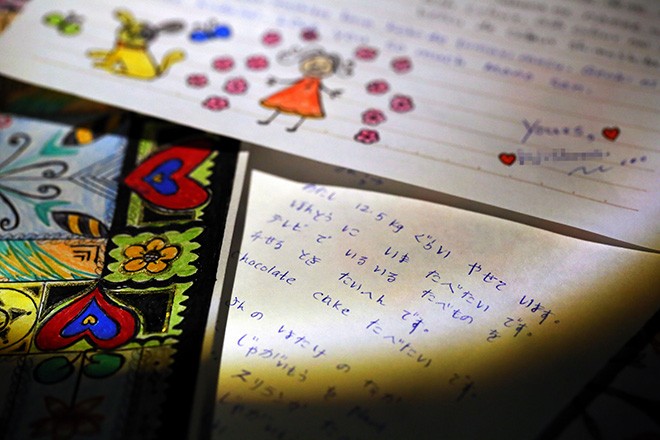 A government agency’s report into the high-profile death of a Sri Lankan detainee found that immigration officials failed to share details about her illness and that staff showed a lack of awareness of human rights.

The Immigration Services Agency of Japan on Aug. 10 released its final investigative report into the death of Wishma Sandamali, who died at an immigration facility in Nagoya in March.

Upon the release of the report, the agency admonished Taketoshi Sano, who headed the Nagoya Regional Immigration Services Bureau at the time, and Shinichi Watanabe, a deputy director-general of the bureau. The agency also reprimanded two top bureau officials.

Shoko Sasaki, who heads the agency, apologized at a news conference for the death at the detention facility.

“We, as an administrative agency that is responsible for people’s lives, lacked a sense of tension,” she said.

Sasaki said the agency will directly explain the contents of the report to Sandamali’s bereaved family, who came to Japan after her death and are still in the country.

Sasaki said the agency will also show the family part of the security camera footage that recorded Sandamali’s treatment in the facility.

The agency investigated her treatment at the facility by interviewing doctors, lawyers, U.N. agency staff and experts.

According to the report, Sandamali came to Japan in June 2017 on a 15-month student visa. She attended a Japanese language school in Chiba Prefecture.

She stopped attending classes in May 2018, and the school expelled her the following month.

The report said she started working at a factory in Shizuoka Prefecture after April and filed an application for refugee status in September that same year.

But her application was denied in January 2019. Her stay in the country became illegal.

In August 2020, she turned herself in to a police station in the prefecture, saying that her lover drove her out and she had no place to go. She was arrested for overstaying her visa and was detained at a facility run by the Nagoya Regional Immigration Services Bureau.

She wanted to return to Sri Lanka, but she could not get a commercial flight back there due to disruptions from the COVID-19 pandemic.

Immigration officials along with the Sri Lankan Embassy put her on a waiting list for a return flight and sought to financially help her to fly back to her home country.

But suddenly in mid-December, she changed her mind and said she wanted to remain in Japan.

On Dec. 9, she met Japanese supporters for the first time, who offered to help her to stay in Japan and told her to consider filing an application for provisional release.

In January, after she filed the application, she began to complain that her health was in poor condition.

The report said that some detention officers thought some of the detainees would exaggerate their health condition and complain about medical problems as a ruse to obtain provisional release status.

The report mentions that one of Sandamali’s supporters suggested to her that she would not obtain provisional release status unless she went to a hospital and complained about her poor health.

The report said investigators asked the supporter to confirm if that was true.

“I may have told her that she might obtain provisional release status because she is ill,” the supporter said. “But I did not make such remarks.”

Sandamali repeatedly asked to see a doctor at a hospital outside the facility in late February when her condition deteriorated.

But because an appointment was already set, the facility did not take any further action.

After she saw a psychiatrist at an outside hospital on March 4, Sandamali’s condition became notably worse. But the detention officers thought it was due to the effects of a drug and did not think it was a life-threatening condition.

On the morning of March 6, her blood pressure and pulse were indeterminable, but the facility did not take any action.

The report concluded that the bureau lacked a system to accurately ascertain the facility’s situation and then take measures, nor did it have a system for dealing with such a situation on weekends without a doctor or a nurse on duty.

The report also said that even if the officers suspect that a detainee is exaggerating their illness to help their appeal to obtain provisional release, they need to immediately consult health care workers to not miss a critical medical situation.

In Sandamali’s case, it was not done adequately, the report concluded.

On March 1, three days before her death, detention officers assisted Sandamali to drink milk coffee. When she could not swallow it well, an officer said, “Milk (is coming) from (her) nose.”

On the day she died, she took an antipsychotic drug and looked lifeless. An officer who saw her asked her if she was “high.”

According to the report, detention officers said assisting her became stressful for them and they made such remarks to alleviate their stress.

Sandamali filed applications for provisional release twice. The first was rejected on Feb. 16 and the second was filed six days later.

Authorities considered granting it based on her deteriorating health and the increasing burden on detention officers to take care of her. They decided on March 5 to release her provisionally after her condition improved.

A psychiatrist who saw Sandamali on March 4 wrote in a medical report that she would get well if she received provisional release status.

But it was not relayed to top officials of the Nagoya bureau.

Sandamali’s supporters visited her 25 times. During the period from Feb. 3 to March 3, they requested four times that she be admitted to a hospital, be given intravenous therapy and granted provisional release status, the report said.

But such requests were not shared among top officials, the report concluded.

Overall, the report said the bureau needs to implement preventive measures, such as establishing a mission statement and take necessary actions to change the level of staff awareness, strengthening the provision of health care and setting up a division for inspections and instruction at the agency.