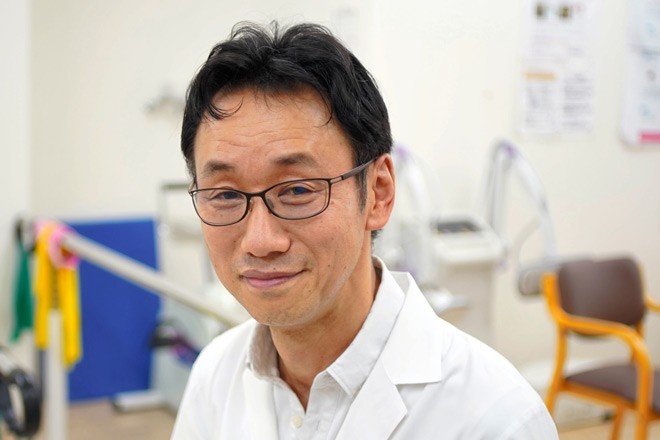 Doctors in Tokyo are now making heart-wrenching decisions of telling COVID-19 patients to wait at home for an open hospital bed, knowing that hospital treatment may remain unavailable even if their health deteriorates.

In this fifth wave of novel coronavirus infections, many of the patients waiting at home are in their prime.

Staff at Shinjuku Hiro Clinic in Tokyo’s Shinjuku Ward were monitoring about 60 COVID-19 patients who were recuperating at home as of Aug. 9.

In early August, a man in his 60s developed a 40-degree fever and his blood oxygen saturation level dropped to 89 percent.

Hanabusa visited the patient at his home, recognized that he should be admitted to a hospital, and called for an ambulance after consulting a public health center.

But no hospital beds were available, and the patient, who has a pre-existing condition, was stuck in an ambulance for four hours.

Hanabusa had no choice but to supply supplemental oxygen to the patient at his home. Two days later, the man was finally admitted to a hospital.

“Our clinic is treating five patients who receive administration of oxygen,” Hanabusa said. At least one of the patients is in their 20s, he said.

Under the central government’s new guideline, hospitalization in areas where the virus is surging is limited to those with severe symptoms, patients with moderate symptoms who require oxygen inhalation, and those deemed at a high risk of developing serious symptoms.

The virus spread in some areas is so bad that even patients who require immediate hospitalization have no place to go and must wait at home for the next available hospital bed.

“The wait time has gotten longer, from several hours to several days,” Hanabusa said. “If the number of patients further increases, they may never be admitted to a hospital.”

In addition, doctors may be unable to save some COVID-19 patients recuperating at home if a shortage of oxygen concentrators occurs.

“Whether the pace of improving the medical system can catch up with the huge wave of infections will determine the future,” he said.

“Patients who are essentially required to be hospitalized are staying at home now. We will soon have to see patients in their 40s and 50s die in their homes,” Suzuki said.

Suzuki visited a COVID-19 patient in her 50s who was recovering at home on Aug. 7.

The woman contracted the virus in late July, and her medicine had run out.

When Suzuki arrived at her home, she was too weak to even get up.

The doctor said the woman apparently contracted the virus from her child, and she was at risk of developing severe symptoms based on her age.

Suzuki believes there will be an increase in cases of patients’ conditions worsening at their homes.

He also said he has heard complaints from at-home patients that they never receive phone calls from public health centers to check on their health.

Some patients said they were afraid they would die because of high fevers.

The Tokyo metropolitan government has provided food and water to those recovering at home. But some patients told Suzuki that they did not receive a care package even a week after testing positive for the virus.

“I am particularly worried about patients who live alone,” Suzuki said.

According to the health ministry, 45,269 COVID-19 patients were recuperating at home as of Aug. 4.

The latest number is also higher than those of the peak periods during the third and fourth waves of infections in Japan.

Tokyo leads the nation in the number of patients recuperating at home, with more than 19,000 as of Aug. 11.

That is a tenfold increase from the number four weeks ago.

(This article was written by Yuki Edamatsu and senior staff writer Tokiko Tsuji.)