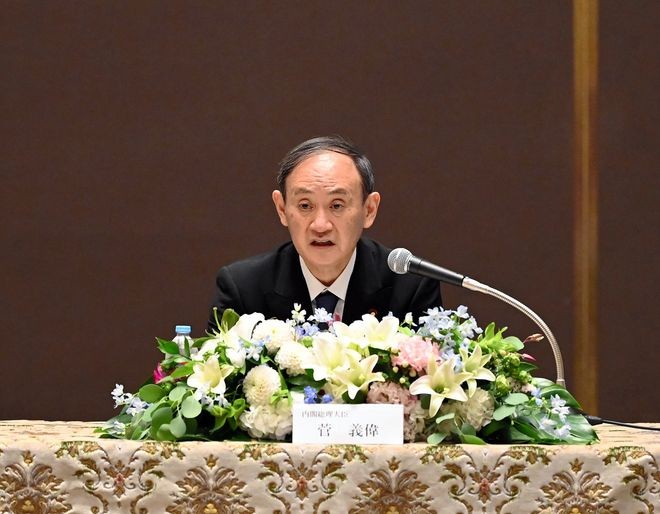 The fifth COVID-19 wave that has gripped Japan is showing no signs of abating, putting serious strain on health care systems, particularly in the Tokyo metropolitan area.

Despite the increasingly serious situation, Prime Minister Yoshihide Suga’s administration waffled on its policy concerning COVID-19 hospitalizations after flip-flopping on the issue of the provision of alcohol at bars and restaurants.

After the administration forged ahead with the Olympics under a state of emergency, the public is apparently much more cynical about the government’s calls for voluntary restrictions on activities.

The administration’s dismal performance in responding to the pandemic has left many Japanese questioning Suga’s leadership and ability to protect their lives and livelihoods. The situation is sorely testing his qualities as the nation’s political leader.

Since taking office in September last year, Suga has continued emphasizing that he puts the top priority on tackling the public health crisis. In his first policy speech at the Diet, he pledged to prevent an “explosive growth” in new COVID-19 cases “by all means.”

But the nation has since been hit by a series of COVID waves. In almost all the period since the beginning of this year, some parts of the nation have been subject to either a state of emergency or the “man-en boshi” pre-emergency measures.

The Suga administration’s policy efforts to bring the pandemic under control have often been criticized for being “reactive and belated” and “stopgap” responses to the crisis.

Suga’s strong desire to carry through the “Go To Travel” subsidies program to support the battered tourist industry and the Olympics appears to have clouded his judgment.

Dealing with a virus that has yet to be fully understood inevitably involves the process of learning from mistakes. But it seems that Suga’s political approach and the administration’s basic stance toward policymaking are at the root of the continued confusion in grappling with the challenge after spending so much time and energy on battling the virus.

First of all, Suga’s unfounded optimism has been one key factor behind the administration’s poor handling of the pandemic. In an Aug. 9 news conference, Suga kept stressing progress in the nation’s vaccination campaign without showing any sense of urgency about the fact that the number of new cases is soaring again despite this “progress.”

Suga is said to be optimistic that the situation will not spiral out of control. Even so, a nation’s leader has a duty to prepare policy responses to various possibilities, including a worst-case scenario.

This problem with Suga’s policymaking approach has been made worse by his tendency to reject dissenting views. Multiple Cabinet members and aides advised Suga to cancel the Olympics, but their opinions fell on a deaf ear.

Suga’s decisions concerning alcohol and hospitalization policies caused confusion among people and organizations affected partly because they were made in such a rash manner without listening carefully to the views and opinions of those concerned.

If Suga behaves in such a self-righteous manner like the “naked emperor,” it is impossible for the administration to work out effective policy responses to the pandemic based on collective wisdom.

Another serious problem with the way Suga develops and executes policies is his inability and unwillingness to send out clear and strong messages that can resonate with the public.

The leader’s messages are vital for the effectiveness of Japan’s efforts to overcome the pandemic, which are mostly not based on legal enforcement but are highly dependent on the people’s voluntary cooperation.

Suga has continued trying to justify his approach without showing awareness of how his decision to proceed with the Olympics is inconsistent with his calls on people to avoid nonessential outings and eating out. How can the public be expected to play ball with him?

The challenge confronting Suga is how to ride out the most serious stage of the pandemic so far to ensure the safety and security of the people again. Unless he radically changes his approach to tackling this colossal challenge, he cannot hope to regain public trust.