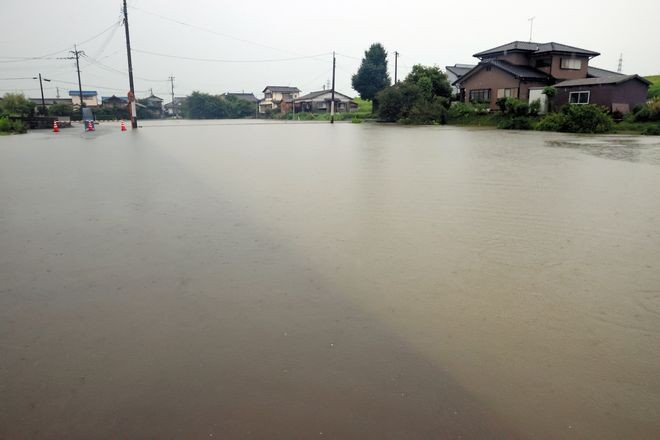 Streets are inundated after a river overflew in Miyama, Fukuoka Prefecture, on Aug. 12. (The Asahi Shimbun)

Hundreds of thousands of residents of Nagasaki and other parts of Kyushu island in southwest Japan have been asked to evacuate to avoid floods and the risk of landslides caused by torrential rain, authorities said on Thursday.

The warnings issued by the Japan Meteorological Agency came as a rain front moved west over the island.

Video aired by public broadcaster NHK showed streets inundated with water in some areas and rivers close to overflowing as more than an average August of rainfall fell in just 48 hours.

Authorities issued the most serious level 5 evacuation order in some parts of central Kyushu, warning residents to take immediate action to protect themselves.