PARALYMPICS/ Competitions in Tokyo, Chiba and Saitama will ban spectators 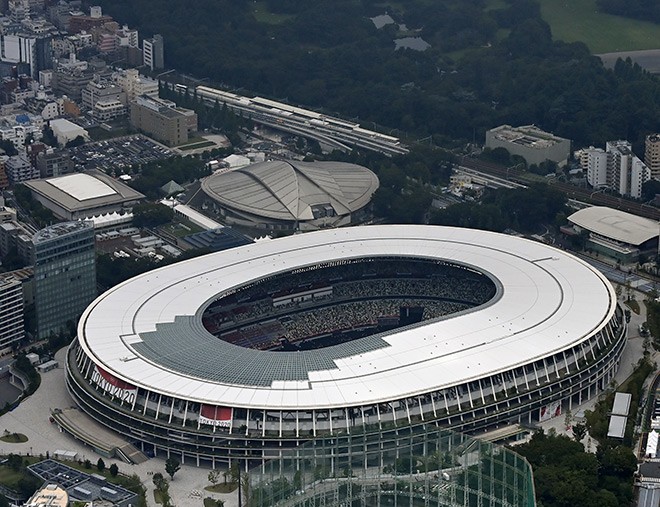 The National Stadium, where the opening and closing ceremonies for the Tokyo Paralympics will be held (Asahi Shimbun file photo)

With the capital battling a "fifth wave" of COVID-19 cases, the Tokyo Paralympics will likely be mostly contested behind closed doors similar to the recently concluded Tokyo Olympics.

Spectators will be barred from events in Tokyo and neighboring Chiba and Saitama prefectures, according to sources close to the central government and the Games’ organizer.

The Paralympics, which will open on Aug. 24 and continue until Sept. 5, will involve competitions at 21 venues spread out around Tokyo as well as Saitama, Chiba and Shizuoka prefectures.

Shizuoka is the only area not under a state of emergency over the pandemic. But it is currently under pre-emergency measures.

Officials will likely allow spectators, 50 percent of the capacity of each venue and up to 5,000, at events held in the prefecture.

The Games’ organizer is also seeking ways to let schoolchildren attend competitions in areas around Tokyo.

The organizer, which runs a partnership program with schools to provide tickets to elementary, junior high and senior high schools, is pushing a plan to keep the program going.

But the decision whether to allow children to attend the Paralympics in the middle of the novel coronavirus surge will be left to local governments, sources said.

Prime Minister Yoshihide Suga on July 21 said he hoped spectators would be allowed at the Paralympics if the infection situation improved.

On Aug. 6, Suga said the status of infections “can be information for making a decision” over the spectator issue.

The current situation in areas around Tokyo has worsened, with daily case counts breaking or at near record numbers.

“There is no sign of a decreasing number of patients," said a top official in the Suga administration. "It is impossible to allow fans at the Games.”