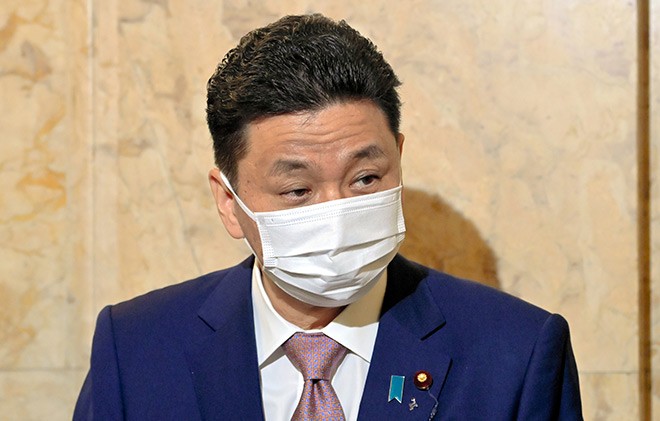 Japan's defense minister on Friday visited a Tokyo shrine viewed by China and both Koreas as a symbol of Japanese wartime aggression to pray for the war dead just days before the nation marks the 76th anniversary of its World War II defeat.

Victims of Japanese actions during the first half of the 20th century, especially the Koreas and China, see the shrine as a symbol of Japanese militarism because it honors convicted war criminals among about 2.5 million war dead.

“It is only natural in every country to pay respects to the spirits of the war dead,” said Defense Minister Nobuo Kishi, the younger brother of former Prime Minister Shinzo Abe, known for his denials of wartime atrocities.

“I expressed my reverence and paid tribute to those who fought for the country and lost their lives in the last war,” Kishi said after offering prayers. “I also renewed my war-renouncing pledge and resolve to protect the lives and peaceful livelihood of the people.”

He is the first serving defense minister to visit Yasukuni since Tomomi Inada, an Abe protégé, visited in December 2016.

Abe stayed away from the shrine for seven years after a 2013 visit triggered outrage from China and the Koreas, but has regularly visited since he resigned as prime minister last year.

Kishi and Nishimura said they chose to visit the shrine to avoid crowds and pray quietly ahead of the Aug. 15 anniversary.

South Korea and China criticize offerings or visits by Japanese leaders to the shrine, urging them to face up to and reflect on Japan’s wartime aggression.

Many South Koreans hold strong resentment toward Japan for its 1910-45 colonial rule of the Korean Peninsula. Relations between Seoul and Tokyo have sunk to their lowest levels in recent years due to disputes over compensation for Korean wartime forced labor and sexual abuse of so-called “comfort women” by the Japanese military.

South Korea’s Foreign Ministry said it summoned the deputy chief of mission at the Japanese Embassy in Seoul to protest Kishi’s visit to Yasukuni, a site it described as beautifying “Japan’s past colonial rule and war of aggression and honors war criminals.” Seoul’s Defense Ministry released a statement saying Kishi’s visit was “deplorable” and expressed its “serious concern and regret.”

In China, which Japan invaded in 1931 and then occupied through the end of World War II, the Defense Ministry said it “strongly opposed” the latest visit to the shrine.

“The Yasukuni Shrine is a spiritual tool and symbol of Japanese militarism and its invasion of foreign countries, and it honors 14 convicted Class-A Japanese war criminals from World War II who were directly responsible for its past aggression,” Wu Qian, a Chinese Defense Ministry spokesperson, said in a statement Friday.