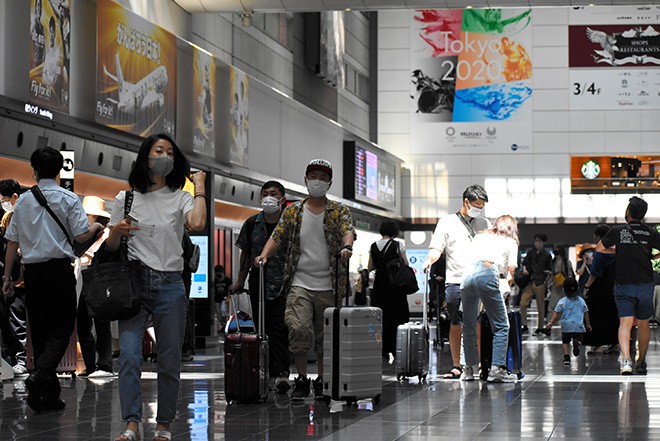 The first case of the Lambda variant of the novel coronavirus confirmed in Japan was brought by a woman arriving from Peru for the Tokyo Olympics, government sources said.

The woman, in her 30s, landed at Haneda Airport in Tokyo on July 20. She tested positive for COVID-19 upon arrival.

The National Institute of Infectious Diseases later analyzed the virus data and confirmed that it was a new strain known as the Lambda variant, according to the health ministry and other sources.

In Peru, the woman’s point of departure, the Lambda variant has been wreaking havoc.

According to Pablo Tsukayama, a Peruvian molecular geneticist at the University of Cayetano Heredia in Lima, who first detected the Lambda variant, the strain's infectability is particularly strong because it has spread quickly in a span of only three months.

As of July, 80 percent of the new infection cases in Peru were caused by the Lambda variant, Tsukayama said.

The variant has been confirmed in more than 40 countries, mainly in Central and South America.

It remains unknown if the mortality rate is higher than other variants, Tsukayama said.