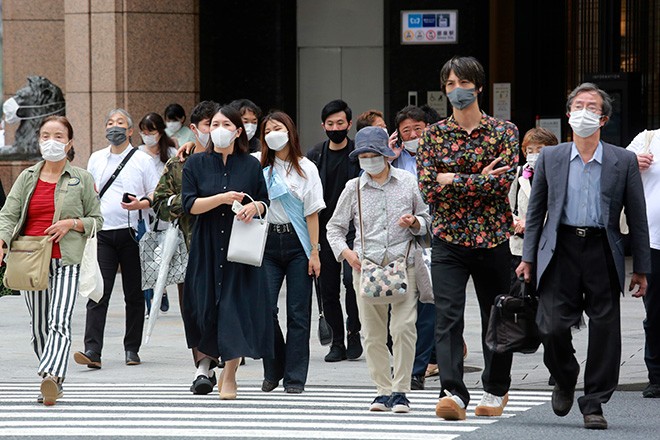 People wearing face masks as protection against the spread of the novel coronavirus at a Tokyo crossing on Aug. 16 (AP Photo)

Serious cases of COVID-19 patients requiring ventilator and other special breathing equipment rose to 268 in Tokyo on Aug. 16, the seventh straight day of setting a record since the pandemic began last year.

The figure was up 17 from the previous day.

The number of newly confirmed infections in the capital meantime hit 2,962, a record for a Monday, which usually logs a low number of new cases due to fewer people getting tested over the weekend.

Tokyo defines only patients on ventilators or ECMO lung bypass machines as serious cases, different from other prefectures that count those in ICUs as well.

The seven-day average of new cases for the week through Aug. 16 came to 4,275, an increase of 3.4 percent from the figure for the preceding week.