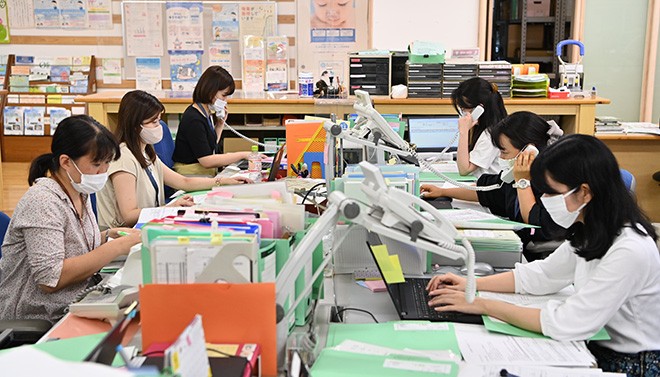 The number of serious cases in the capital requiring ventilators or extracorporeal membrane oxygenation, also known as an ECMO lung bypass machine, was up eight from Aug. 16.

The daily infection numbers set records in at least six prefectures as of 6 p.m., including Osaka and Aichi, which reported 1,856 and 967 new cases, respectively.

Eight new deaths from the novel coronavirus, including three people in their 30s to 40s, were also reported in Tokyo the same day.

On average, 10,054 diagnostic tests were conducted in Tokyo over the three days through Aug. 16.