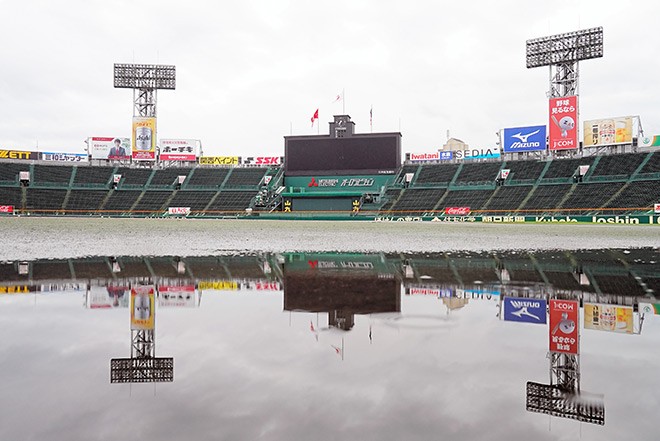 Two teams have withdrawn from the National High School Baseball Championship tournament after players were confirmed infected with the novel coronavirus, organizers said on Aug. 17.

“When I think of the players’ disappointment, I am rendered speechless,” Eiji Hatta, chairman of the Japan High School Baseball Federation, said after the Miyazaki school’s withdrawal offer was accepted. “We have been making efforts to prevent the spread of infections, but a group infection has occurred. I am so sorry to put more strain on medical institutions.”

The 103rd baseball tournament at Hanshin Koshien Stadium in Hyogo Prefecture is the first held in two years. Last year’s event was canceled because of the COVID-19 pandemic.

The Miyazaki high school will forfeit its second-round game on Aug. 19 against Chiben Gakuen Wakayama High School in Wakayama Prefecture.

Tohoku Gakuin will do the same for its second-round game on Aug. 21 against Matsusho Gakuen High School in Nagano Prefecture.

According to the tournament organizers, the 35 players and staff of the Miyazaki team arrived at their accommodation facility on Aug. 5.

A health center said eight people were in close contact with the infected people.

The tournament headquarters held an emergency task force meeting on Aug. 16 and judged that the Miyazaki team’s case was a group infection.

The school offered to withdraw from the tournament on the morning of Aug. 17.

Tohoku Gakuin won its first game on Aug. 11 against Aikodai Meiden High School in Aichi Prefecture. One of the Tohoku Gakuin players had a fever on Aug. 13 and later tested positive.

Tohoku Gakuin offered to withdraw from the tournament on the evening of Aug. 17.

“If my team plays in the next game, the infected person and people who were in close contact with him could be identified, which might affect the students’ future,” Tsuneyuki Abe, the school’s principal, said. “I feel really sorry, but we decided to bow out of the tournament.”