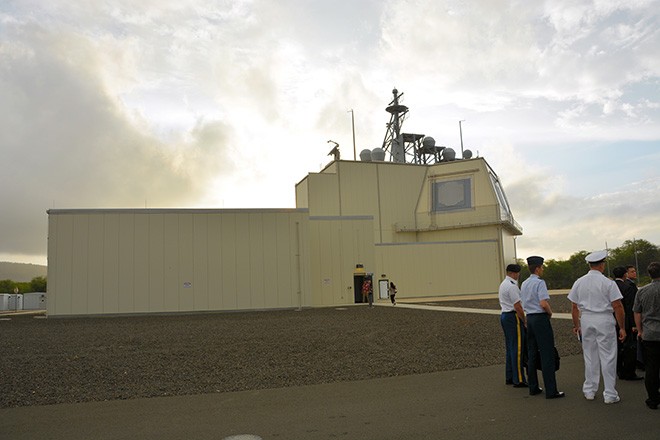 Defense Ministry officials have abandoned plans to request funds in the fiscal 2022 budget for Japan’s ever-changing blueprint for a state-of-the-art missile defense system.

In fact, such budget requests will likely be impossible over the next few years, according to a government source.

More than a year has passed since the ministry scrapped plans for a land-based Aegis Ashore missile defense system, citing rising costs among other reasons.

It decided to install the land-based equipment on Maritime Self-Defense Force destroyers as the alternative.

But because such a project would be unprecedented, questions remain regarding the various costs of designing and constructing such destroyers as well as operations for such a system.

No conclusion has been reached on how much the sea-based alternative would cost.

The original plan was to deploy the land-based Aegis Ashore missile defense system in fiscal 2023. That schedule, with the alternative, will likely be pushed back by close to a decade.

One estimate made by Defense Ministry officials put total costs for the Aegis Ashore alternative at close to 900 billion yen ($8.2 billion). But because that cost could still increase, the government source said fiscal 2025 would likely be the earliest the ministry could request a budget for design and construction of the destroyer.

Even after a budget request is made and approved, it would likely take five more years to actually build the destroyer. Additional time would also be needed to train the destroyer crew.

The original plan painted a rosy scenario for Japan’s defense.

The land-based Aegis Ashore system was supposed to provide around-the-clock protection against North Korean ballistic missiles while reducing the burden on MSDF Aegis destroyers that were pulling much of the weight for Japan’s missile defense.

But those Aegis destroyers will have to continue keeping watch over potential ballistic missiles.

Another benefit from the land-based system was that the Aegis destroyers could be used for other purposes, such as monitoring Chinese naval ships making advances into waters around Japan.

Now, those measures designed to deal with China will also be delayed.

Other issues that will have to be addressed regarding the sea-based alternative are what measures to include in construction to allow the new destroyer to remain out at sea longer than other destroyers to provide seamless defense.

Further complicating the situation are suggestions by some lawmakers of the ruling Liberal Democratic Party to build multi-role MSDF destroyers that would go beyond just missile defense capabilities.

After the decision was made in June 2020 to abandon the land-based Aegis Ashore system, the government decided in December on the sea-based alternative. But only 1.7 billion yen for research costs have been set aside in the current fiscal year budget for the alternative.

(This article was written by Yoshitaka Ito and Kaigo Narisawa.)