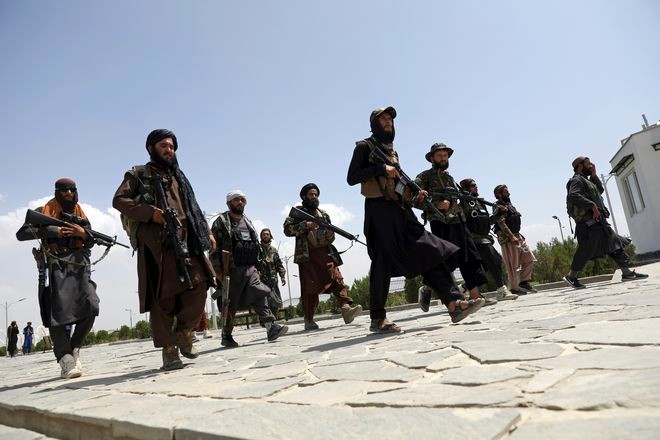 LONDON--G-7 foreign ministers urged the international community on Thursday to unite in its response to the crisis in Afghanistan to prevent it from escalating, British foreign minister Dominic Raab said in a statement.

Taliban militants seized control over the weekend in an upheaval that sent thousands of civilians and Afghan military allies fleeing for safety. Many fear a return to the austere interpretation of Islamic law imposed during the previous Taliban rule that ended 20 years ago.

"The G-7 Ministers call on the international community to come together with a shared mission to prevent the crisis in Afghanistan escalating," said Raab's statement after a meeting of G-7 foreign ministers.

"The crisis in Afghanistan requires an international response including intensive engagement on the critical questions facing Afghanistan and the region: with the Afghans most affected, parties to the conflict, the UN Security Council, the G-20, international donors, and with Afghanistan’s regional neighbors," the statement said.

The UK said on Wednesday it would double its humanitarian and development aid to Afghanistan to 286 million pounds ($390 million) this year.

Separately, Raab said late on Thursday that the UK and Turkey were working together in Afghanistan to ensure evacuations continue safely. He thanked Turkey for its commitment to safeguarding the Kabul airport alongside British troops.

Chinese State Councilor and Foreign Minister Wang Yi told Raab in a call that the world should guide and support Afghanistan as it moves to a new government instead of putting more pressure on it.

The situation in Afghanistan, where the Taliban has retaken power 20 years after it was forced out by a U.S.-led invasion, remains unstable and uncertain, Wang was quoted as saying by China's Ministry of Foreign Affairs.

"The international community should encourage and guide it in a positive direction instead of exerting more pressure," which will be conducive to stabilizing the situation, he added, according to the ministry's statement on the call.

China has not officially recognized the Taliban as the new rulers but Wang last month hosted Mullah Baradar, chief of its political office, in Tianjin and said the Taliban were expected to play an important role in Afghanistan's peace and reconstruction process.

In the call with Raab, Wang also said the international community should not use Afghanistan as a geopolitical battleground but should respect its independence and the will of its people, the foreign ministry statement said.

China consistently objects to foreign criticism of its own system and generally rejects international pressure on other countries as interference.

Wang added there had been "positive signs" in Sino-British relations after a recent low point, concurring with a previous statement by Raab that relations should be defined by cooperation, not disagreement.

Ties with Britain soured when China last year introduced a national security law in the former British territory of Hong Kong and have also been strained by allegations of human rights abuses in Xinjiang, which Beijing denies, as well as by tensions over the coronavirus pandemic.

China is willing to strengthen communication with Britain on vaccines, treatment and tracing the origins of the virus, Wang said.