Poll: Most Japan firms want Suga out of power despite Olympics success 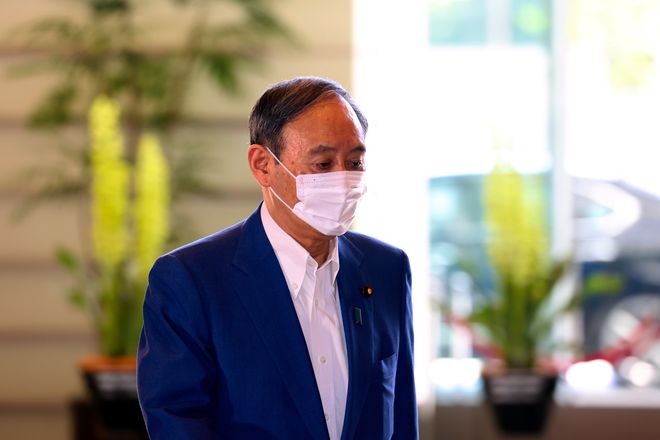 A majority of Japanese firms want Prime Minister Yoshihide Suga to lose office through general elections that must be held this year, frustrated with the lack of leadership in his handling of COVID-19 and its economic fallout, a Reuters poll showed.

The Reuters Corporate Survey shows the Olympics did not help keep support for Prime Minister Yoshihide Suga from sliding below a make-or-break 30% threshold in some domestic media polls, clouding the fate of his premiership.

"I cannot hold expectations for the opposition but at least the Suga administration should change," a manager of an information service firm wrote in the survey.

Even if the ruling bloc manages to stay in power through the elections, Suga could come under pressure to step down if his coalition loses enough seats, some analysts say.

The ruling Liberal Democratic Party (LDP) "may be a better choice in terms of corona response and quality of policymakers," a chemicals maker manager wrote.

"That doesn't mean the ruling bloc should win more seats though. I want it to end up with fewer seats to hold a little over majority so it may regain a sense of urgency."

To be sure, few companies expected change of power through the elections due to weak opposition parties. But many expected the ruling camp to lose seats at the election.

WORTH HOSTING THE GAMES

The Corporate Survey canvassed 503 large and midsize non-financial firms of which roughly a half responded to questions on condition of anonymity.

Most firms said it was worth hosting the Tokyo 2020 Olympics despite the fact that pre-Olympics polls had shown opponents of the Games overwhelmed proponents amid the pandemic. Still, 90% saw the Olympics having no impact on businesses, the poll found.

"It was worth it in terms of investment for the future by hosting the Olympics in the flexible way to convey Japan's attractiveness," wrote a ceramics maker manager. "Direct inbound demand has disappeared but it's true Japan has shown the world its ability to support Olympics athletes."

Two out of five firms saw the LDP and its small ally Komeito keeping the current comfortable majority or winning even more seats in the lower house, allowing smooth steering of parliament.

Still, in a sign of deepening doubt about Suga's leadership and accountability, one third expected the coalition to lose many seats and another quarter saw them falling short of a majority and barely holding power. Of the 465 seats in the lower chamber, the ruling parties currently hold 305 seats.