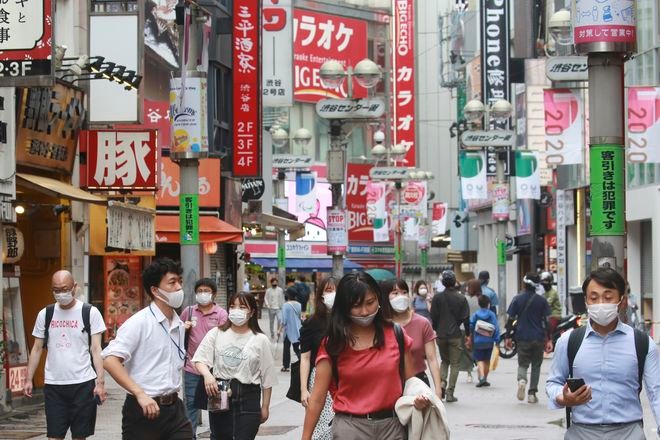 Tokyo confirmed 5,074 fresh cases of COVID-19 on Aug. 21, while Aichi Prefecture in central Japan reported a record 1,445 cases, the fourth straight day for the figure to exceed 1,000.

While the latest tally in Tokyo was the fourth straight day for the capital to have more than 5,000 new cases, the figure was a decrease of 20 from the previous Saturday.

The daily average of new cases for the week ending Aug. 21 came to 4,719, a 11.5-percent increase over the previous week, metropolitan government officials said.

Six deaths from COVID-19 were also confirmed, with the patients ranging in age from their 30s to 80s.

Officials said 270 patients had symptoms serious enough to warrant the use of a ventilator or other equipment to breathe. The figure was a decrease of three from the previous day.