Japan to aid fishers whose sales drop due to Fukushima water 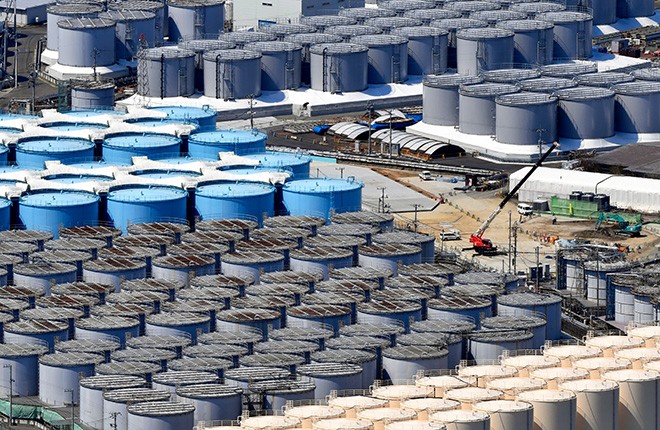 The government plans to buy frozen seafood from fishermen whose sales suffer due to misinformation spread about the release of treated--but still contaminated--water into the sea from the Fukushima No. 1 nuclear power plant.

Ministers involved in responding to various issues arising from the 2011 nuclear disaster met on Aug. 24 to address an expected blow to fisheries from discharging the radioactive water.

Tokyo Electric Power Co., operator of the plant, is preparing to release the water, expected to begin in 2023.

Purchasing frozen seafood from fishermen will be a pillar in a package of measures the government plans to implement to make up for a drop in sales in Fukushima Prefecture and elsewhere.

As for other seafood that cannot be frozen, the government will help fisheries expand their sales networks.

The government hammered out a policy in April to discharge the contaminated water from the plant into the sea after treating it to reduce its radioactivity as much as possible.

The utility has said it is running out of space for tanks to hold the radioactive water accumulating at the plant.

The government’s decision to discharge the water has been met with vehement opposition from fisheries in Fukushima Prefecture and other parts of the country.

They fear consumers may shun their seafood out of safety concerns.

So, as a form of temporary emergency relief, the government will buy and store freezable seafood from fishermen whose sales declined due to the release.

The government plans to establish a fund for making the purchases.

The fisheries ministry and industry ministry will hash out the funding details, such as the scale of the fund and who will be eligible to receive relief, by year’s end.

TEPCO is supposed to compensate businesses whose products were affected by the Fukushima nuclear disaster.

But the government’s move to purchase frozen seafood means it will expand its aid to the company by funneling more taxpayer money into the relief program.

TEPCO has been under fire for denying compensation to groups of victims, despite its pledge to respond appropriately to claims made in mediation through the government's Nuclear Damage Compensation Dispute Resolution Center.

As a result, local governments and residents have grown distrustful of the company.

In the face of the growing criticism, Tomoaki Kobayakawa, president of TEPCO, told reporters after attending the Aug. 24 meeting that his company will be fully prepared to respond to any damage that arises from discharging the water.

“We will make the utmost efforts to curb detrimental rumors,” he said. “In the event damages are caused, we will make full preparations for compensation.”

TEPCO will step up its efforts to monitor the water quality of the sea around the Fukushima No. 1 nuclear plant, which sits right next to the sea, and publish more information to address consumers’ concerns about the safety of local seafood.

But the company has repeatedly cited these steps, drawing skepticism from experts about their effectiveness.

(This story was written by Noriyoshi Otsuki, senior staff writer, and Satoshi Shinden.)