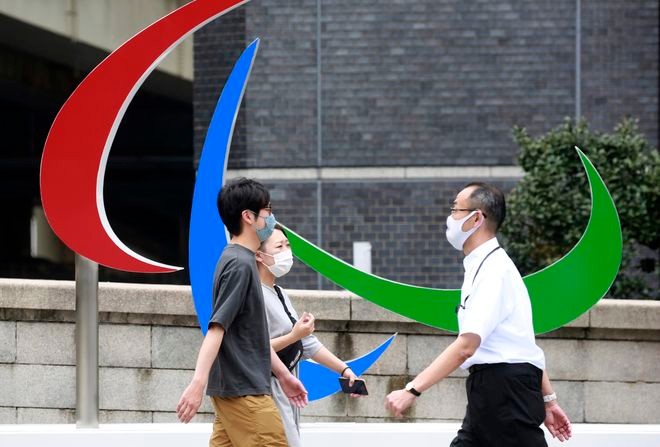 A Paralympic athlete from overseas became the first to test positive for COVID-19 among those staying at the athletes’ village in Tokyo’s Chuo Ward, according to Games organizers.

The Paralympic organizing committee announced on Aug. 24 that the athlete in question and nine other Games-related people who have accreditation to venues, including those from abroad, were confirmed to have been infected with the novel coronavirus.

The organizing committee will not disclose which country the infected athlete represents or which event the person is competing in unless the Paralympic committee the athlete belongs to makes the information public.

The International Paralympic Committee also announced that all 32 members of the New Zealand Paralympic delegation will not attend the Opening Ceremony for the Games on Aug. 24.

The New Zealand team told the IPC that its members want to skip the ceremony to prepare for competitions scheduled for the following day, according to a public relations official of the IPC.