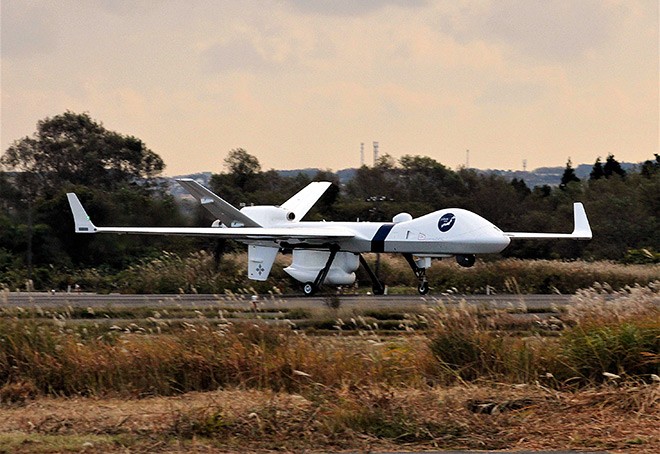 The Japan Coast Guard is set to seek budgetary funds in fiscal 2022 for an unmanned drone to mount more efficient surveillance of the nation's territorial waters and exclusive economic zone due to repeated intrusions by foreign vessels.

One aim of the acquisition is to concentrate more personnel and equipment in waters near the disputed Senkaku Islands in the East China Sea where Chinese vessels are increasingly active.

The coast guard is planning to request several billion yen to lease an unmanned drone. The service will now start considering which model best suits its purposes.

Further requests are planned from fiscal 2023 and beyond to purchase more drones to patrol against suspect ships, search for victims of accidents at sea as well as for use in volcanic observations.

Cameras mounted in the unmanned aircraft and radar would photograph and monitor ships and automatically relay that data to personnel on the ground.

The coast guard currently has 12 large cutters to patrol against suspect foreign ships. Jet aircraft based in Naha, Okinawa Prefecture, are always on standby but often asked to fly to other areas of territorial waters when foreign ships are suspected of engaging in illegal activity.

The coast guard last year conducted test flights of an unmanned drone from the Maritime Self-Defense Force base in Hachinohe in northeastern Japan's Aomori Prefecture.

The drone, remotely operated by pilots on the ground, had a wingspan of 24 meters and measured 11.7 meters in length.

Coast Guard jets are manned by five-member crews, but the drone can be operated by a smaller number of personnel on the ground, allowing longer periods of surveillance.