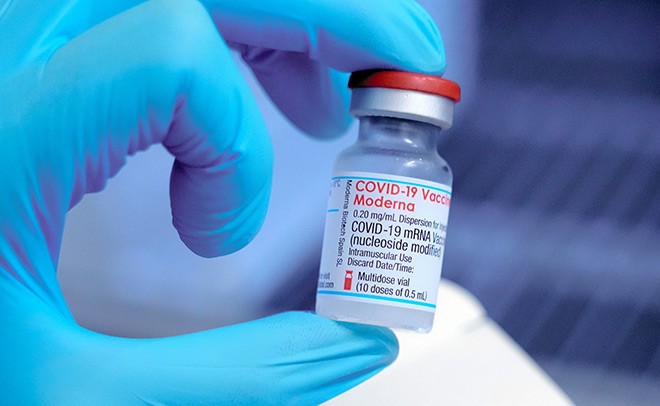 About 1.6 million scheduled jabs of the Moderna COVID-19 vaccine have been canceled after contaminants were discovered in some of the vials.

The health ministry announced on Aug. 26 that contaminated doses were detected and reported at multiple vaccination sites.

It confirmed at least 390 doses of the Moderna vaccine had become contaminated with a foreign substance.

The tainted vaccines were initially scheduled for use at eight large-scale vaccination sites in Tokyo and four prefectures: Saitama, Aichi, Ibaraki and Gifu. But officials have halted their use.

There have not been any reported safety concerns as of now, the ministry added.

The ministry has halted the use of 1.6 million doses of Moderna vaccines manufactured through the same processes as the vaccines that were confirmed tainted. It is unknown how many people have received a dose out of these 1.6 million, distributed to 863 sites nationwide, according to the ministry.

The vaccines in question were manufactured in Spain, and Moderna is investigating the makeup of the contaminants.

A piece of rubber was reportedly found in other manufacturers’ vaccines, the ministry said. In the process of attaching a rubber stopper to the vial, a piece of rubber can sometimes get through and end up in the vial, it added.

They reported the matter to Takeda Pharmaceutical Co., which imports and sells Moderna vaccines.

The ministry learned about the problem on Aug. 25.

All the Moderna vaccines used in Japan are manufactured by the same company based in Spain, the ministry said.

If the foreign substance turns out to be bits of rubber, the risk of the rubber clogging a person’s blood vessels is low because the vaccine is injected into muscle, the ministry said.

But if people who got the vaccine develop concerning symptoms, they should call a health care organization immediately, the ministry said.