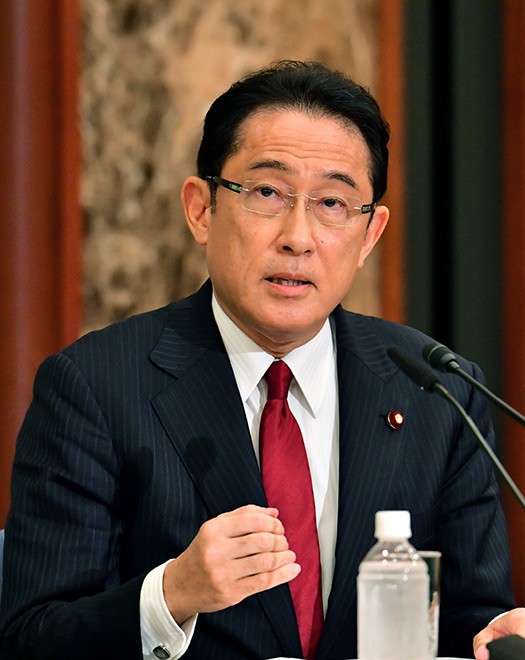 Fumio Kishida, who at the time served as policy chief of the ruling Liberal Democratic Party, speaks during a debate held in the runup to the September 2020 LDP presidential election. (Asahi Shimbun file photo)

Fumio Kishida, a former foreign minister and policy chief of the ruling Liberal Democratic Party, is preparing a second run against Prime Minister Yoshihide Suga in the LDP presidential election slated to be held in late September.

Kishida placed second in the September 2020 election, but well behind Suga.

Kishida held a news conference on Aug. 26 to formally announce his candidacy.

“I am running in the party presidential election in order to protect Japan’s democracy by demonstrating that the LDP is capable of listening to the voices of a wide range of the public and can present a variety of policy options,” Kishida said. He added that the public had become distrustful of government because many felt their voices were not being listened to.

With backing from five major LDP factions last year, Suga cruised to a landslide victory. But this time around, there are growing signs of disquiet, due mainly to plunging support ratings for the Suga Cabinet caused in large part by its handling of the novel coronavirus pandemic.

And with the term of Lower House members also set to end in autumn, LDP lawmakers want a party leader who will appeal to voters and convince them to again cast their ballots for the LDP.

Some high-ranking members of the Kishida faction urged caution about running in the election, citing concerns the faction would be given the cold shoulder if Kishida lost and Suga was re-elected when it came time for Suga to make personnel decisions regarding his Cabinet and the LDP executive lineup.

But younger faction members urged Kishida to take on the increasingly unpopular Suga, 72. Kishida, 64, is expected to stake out his differences with Suga in terms of how to deal with the COVID-19 pandemic as well as growing economic disparity in Japanese society.

Other lawmakers showing an interest in running in the LDP presidential election are Sanae Takaichi, the former internal affairs minister, and Hakubun Shimomura, the current LDP policy chief.

(This article was written by Yuichi Nobira and Tsuneo Sasai.)