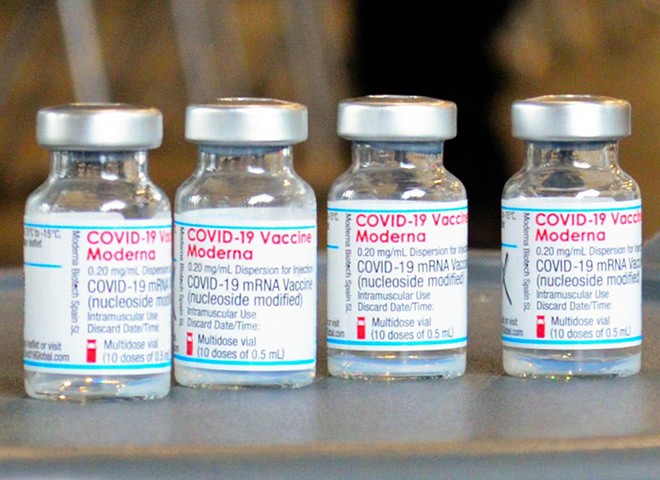 Two men in their 30s with no underlying health issues or allergies died within days of receiving their second jab of Moderna Inc.'s COVID-19 vaccine this month, the health ministry announced Aug. 28.

The shots were manufactured on the same production line in Spain where vials of the vaccine were previously found to be contaminated.

Ministry officials said it remains unclear whether the doses the men received were tainted or untainted or that their deaths were due to a side effect of the vaccine.

The Ministry of Health, Labor and Welfare instructed health experts to investigate the cases.

The move followed the ministry’s Aug. 26 announcement that 1.63 million Moderna doses under three lot numbers manufactured at the Spanish plant will be halted after a metal substance was discovered in 390 shots scheduled to be administered at mass vaccination centers in Tokyo and four other prefectures.

Nobody received the tainted vaccine, whose lot number was 3004667, as the contamination was detected by health workers before shots were administered.

So far, no foreign substance has been detected in the product under this lot number, according to the ministry.

When the ministry announced that some lot batches were contaminated, it also said there was a chance that the vaccine under lot numbers 3004734 and 3004956 was tainted.

Both men received their second jabs before the ministry halted shots under the three lot numbers.

A medical institution reported his death to the ministry on Aug. 21.

Doctors are expected to perform an autopsy to ascertain the cause of death.

The ministry is gathering information on the case after it was alerted by prefectural authorities.

Taro Kono, the minister in charge of the vaccine rollout, said more than 500,000 of the 1.63 million shots of the vaccine under the three lot numbers had been administered.

Tomohiro Morio, who chairs the ministry panel tasked to assess the safety of side effects from the vaccine, said it is unclear at this stage whether vaccination was responsible for the men's deaths.

“It is possible their deaths were coincidental,” said Morio, a professor of pediatrics with Tokyo Medical and Dental University.

Eleven deaths had been reported by Aug. 8 after 12,261,354 Moderna jabs were administered in Japan, which works out to 0.9 death per 1 million shots.

Reports on deaths include cases where doctors stated that the possibly of the vaccine having played a role in the fatality is small.

The ministry opted to go public about the two men’s deaths to “enhance transparency” in the vaccination program as there was more than one death among those who were given shots under the same lot number.