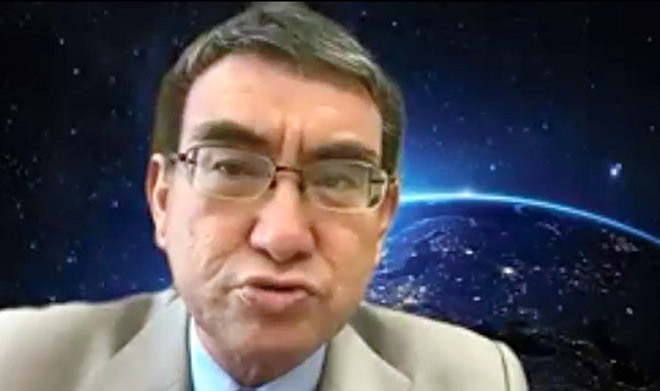 The government is weighing the option of allowing the public to receive separate COVID-19 vaccines when they take both jabs, the minister in charge of the vaccine rollout revealed during an appearance on a TV news show Aug. 29.

“We asked the health ministry to give its view on whether we can administer two different kinds of vaccines to the same people and whether the mixed use program is feasible,” Taro Kono said during the program broadcast by Fuji Television Network.

His official title is minister for administrative and regulatory reform.

Most vaccines for the novel coronavirus are designed as two-shot inoculations, and Japan recommends that people seeking immunization receive the same vaccine both times.

But some countries are implementing mix-and-match inoculations, in which people get a first shot of one vaccine, and then a second jab of a different one.

One of the best known examples of mixed vaccine use is German Chancellor Angela Merkel, who was given the Moderna shot in June as her second dose following a first dose of the AstraZeneca vaccine.

Some health experts encourage people who received a first dose of the AstraZeneca vaccine to get an mRNA vaccine, such as Pfizer or Moderna, as their second dose to bolster their immunity against COVID-19.

Kono said the vaccination rollout will accelerate if the option is approved, adding that the government has a stockpile of 2 million AstraZeneca doses manufactured in Japan.

He also said that production of AstraZeneca shots will be ramped up from October.

With regard to booster shots, Kono said providing them to health care workers will begin in late October or November, referring to a U.S. program to start offering a booster eight months after the second shot.

People aged 65 or older will be eligible to receive their booster shots starting from January to February.