2 teachers who got COVID-19 went with pupils to Paralympics 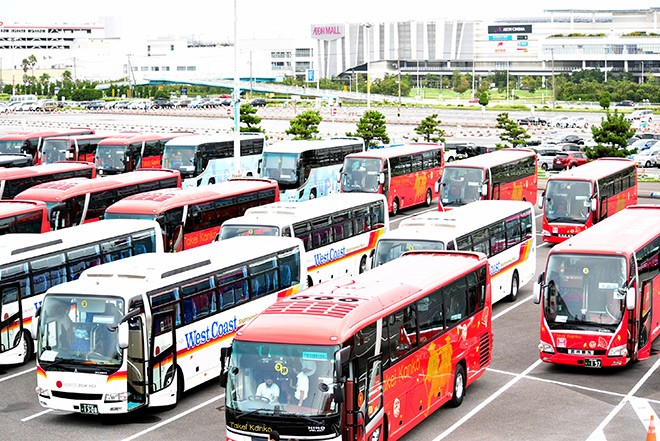 CHIBA--Two teachers here who tested positive for COVID-19 accompanied 55 students to watch Paralympic goalball events at Makuhari Messe Hall on Aug. 25, along with other teachers, according to Chiba city’s board of education.

One of the teachers is in his 50s, while the other is in his 40s. They separately developed symptoms of the disease on Aug. 27 and 28.

The excursion to the venue, located in Chiba, was part of the Paralympic organizers’ program for schoolchildren to watch the Games in person, according to the city’s board of education.

The education board on Aug. 29 announced it confirmed six teachers in their 30s to 50s at the municipal Kaizuka Junior High School had contracted the virus, including the two who attended the events at Makuhari Messe Hall.

Among the six cases, a teacher in her 50s became the first to test positive, according to the education board. She ran a fever on Aug. 23 and took a day off on Aug. 24 after informing the school of her fever. She was confirmed infected with the virus on Aug. 26.

On Aug. 25, two days after the teacher developed symptoms, the school took part in the program where the Tokyo Paralympic organizing committee encourages elementary and junior high school students to see live competitions at venues for educational purposes.

During the competitions, both the teachers and first-year students wore face masks and did not spend a total of 15 minutes or more together within a 2-meter distance. Chiba city’s public health center concluded that none of the students had come into close contact with the two infected teachers.

None of the students have complained of falling ill so far, but 18 of them who rode a bus with the infected teachers will undergo polymerase chain reaction (PCR) tests.

The public health center has yet to determine whether a cluster infection occurred at the school as it is still investigating if the six teachers had close contact with each other.

The education board said it will consider compiling guidelines for schools planning to participate in the Paralympic viewing program since Kaizuka Junior High School proceeded with the program despite knowing that one of its teachers ran a fever.

The school also held a meeting of teachers and staff on Aug. 20, and some of the infected teachers interviewed about 100 students in the first to third grades at the school between Aug. 23 and 26.

They took precautions against the virus during the meetings, but the public health center instructed 30 teachers and staff members as well as the 100 students to undergo PCR tests by Sept. 3.

The city’s education board on Aug. 29 expressed its intention to continue taking part in the Paralympic program for schoolchildren, saying it wants to provide an educational experience to pupils.

However, Chiba Prefecture decided on Aug. 30 to withdraw from the program.

Chiba Prefecture’s office of education had issued guidelines on conducting PCR tests on students, teachers and staff participating in extracurricular activities under a COVID-19 state of emergency that currently covers the prefecture.

But the city did not conduct PCR tests on those taking part in the Paralympic viewing program, citing difficulties in arranging the tests just before the start of the program. The city said it will rethink its response following the revelation of infections at Kaizuka Junior High School.

(This article was written by Kazuhiro Fujitani and Kanako Sanada.)