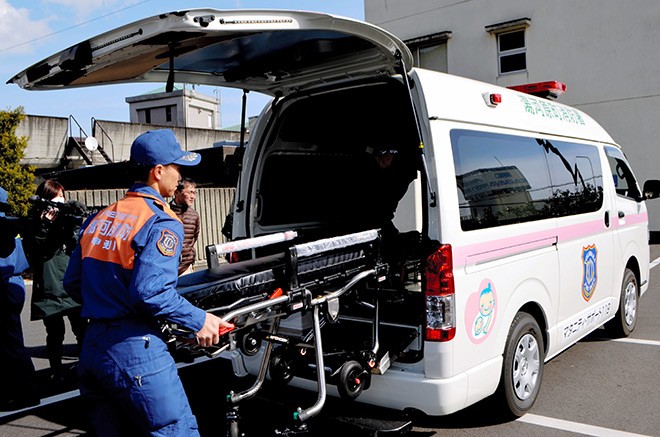 A 39-year-old woman in Saitama Prefecture recalled her astonishment when she began experiencing what she feared were symptoms of the novel coronavirus in early August.

“Why now?” she thought to herself, as she was pregnant at the time.

The woman, who gave birth through an emergency Caesarean section after becoming infected with COVID-19, is urging authorities to quickly build a system to save the lives of mothers and babies.

Her call follows a shocking news report earlier this month that a woman with the coronavirus gave birth to a boy prematurely at home in Chiba Prefecture after no hospital bed could be found for her. The infant was confirmed dead when he was rushed to a hospital.

The woman in Saitama Prefecture was due to deliver her second child on Aug. 30. It is not clear how she contracted the virus.

But a child’s infection was confirmed at a nursery school that her 5-year-old daughter attends. Although the daughter tested negative in testing of other children at the school, the woman began having a cough and nasal stuffiness. The expectant mother still had her sense of taste, but not smell.

She swiftly got tested for the coronavirus at a hospital and her infection was confirmed on Aug. 13.

Her doctor told her that she had pneumonia. However, a public health center, which is tasked to sort out which patients should be hospitalized, told her that no hospital bed was available for her. The Tokyo metropolitan area was hit by its worst wave of infections this summer.

She works from home and rarely goes out as a precaution against COVID-19.

A worker with the public health center told her that she might have gotten the virus when she talked with the mother of the infected child for five minutes or so while wearing a mask.

At her home, she quarantined in a room, staying away from her husband and the daughter. The woman did not have a fever, but she suffered from terrible coughing.

With no hospital bed available for her, she became extremely anxious. The health of many COVID-19 patients rapidly deteriorates, even though their initial symptoms were deemed mild or moderate.

The public health center finally found a hospital that admitted her on the night of Aug. 14.

The woman was diagnosed with pneumonia during an examination at the hospital the following day.

That evening, she decided to have an emergency C-section as a doctor said pregnant women with COVID-19 tend to develop serious symptoms.

She gave birth to a boy who looked slightly smaller than other newborns, but he looked fine. The boy was taken to a room for newborns right after his birth to avoid getting the virus.

The woman was reunited with her baby right before she was released from the hospital on Aug. 28.

She said she learned about the report on the woman with COVID-19 in Chiba Prefecture when she was hospitalized.

“I was terrified and pained when I thought it could have happened to me,” she said. “Why is the health care system still not equipped to save lives despite nearly two years after the pandemic began?”

The woman said she is hoping more people get vaccinated against COVID-19. She hoped to get inoculated soon after becoming pregnant.

But a municipality where she lives did not accept appointments for the vaccinations of residents in their 30s. It prioritized inoculations of health care workers and people 65 or older.

There was no priority program for pregnant women to get vaccinated through the local government.

“If more people receive shots to reduce the risks to pregnant women, it will help us contain the virus,” she said.

She said she will raise her son with gratitude to so many people, including workers at the public health center and her hospital.